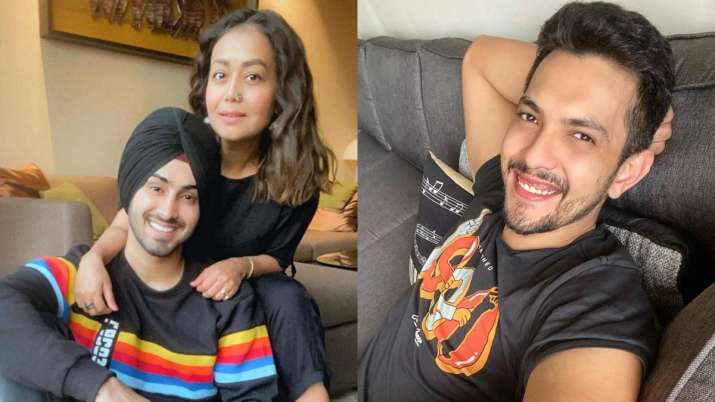 After singer Neha Kakkar ruled the headlines for making her relationship with Rohatpreet Instagram official and hinting at her wedding date, Indian Idol host Aditya Narayan is all set to get married to his longtime girlfriend Shweta Agarwal. Aditya met Shweta on the sets of their film Shaapit ten years ago and they have been dating since then. While there were rumours that Aditya Narayan and Neha Kakkar are getting married while they were shooting for the singing reality show Indian Idol, it was all for the promotions of the show. Now, the two have found the love of their lives and are looking forward to starting their new journeys.

Aditya Narayan, son of legendary singer Udit Narayan, recently opened up on his relationship and revealed that he is ready to take the plunge and get married by the end of this year. he told ETimes, “I met Shweta on the sets of ‘Shaapit’ and we hit it off instantly. Slowly and gradually, I realised I was head-over-heels in love and started pursuing her. Initially, she wanted to be ‘just friends’, because we were both very young and needed to focus on our careers. Like every relationship, we have seen a lot of ups-and-downs over the last 10 years. Marriage is just a formality between us now, which hopefully should also happen by November or December. My parents know Shweta and like her a lot. I am happy that I have found my soulmate in her.”

He added, “I remember a few years ago, how people had assumed that Shweta and I had a big spat on the street and had broken up. After that it was so difficult for me to even go out with her. I accept that there can be issues in a relationship, but that doesn’t mean it’s the end of the road. Marriages break easily these days, so we were both taking our time to know each other. Now, after a decade, I feel it is the right time to take the plunge.”

On the other hand, Neha Kakkar is all set to have a “lockdown wali wedding.” Neha in her latest Instagram post hinted about her D-day and her groom Rohanpreet himself gave a thumbs up to the same. Taking to social media, the ‘Saki Saki’ singer shared several pictures of herself in ‘desi girl’ avatar wearing pink coloured suit. Her caption read, “Aaja Chal Vyah Karwaiye Lock Down Wich Katt Hone Kharche” This is my favourite line from #DiamondDaChalla Song Which line is Your fav? #NehuDaVyah.”

ALSO READ | Neha Kakkar’s ex-boyfriend Himansh Kohli reacts to her wedding rumours: I am happy for her

Earlier, she had even shared an adorable photo with Rohan and wrote, “You’re Mine @rohanpreetsingh #NehuPreet.” The man commented, “Babuuuuuuuu i love youuuuu soooo much mera putt meri jaaaaan YES I AM ONLY YOURS MERI ZINDAGI.”

On a related note,  Rohanpreet was a part of the reality show India’s Rising Star’s second season and also Mujhse Shaadi Karoge.