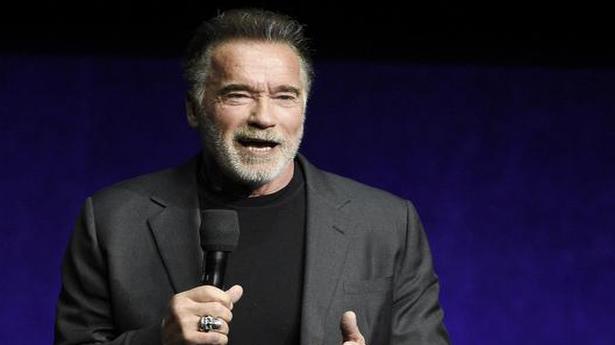 In a post on Instagram, the 73-year-old actor said he had been given a new aortic valve

Veteran Hollywood star Arnold Schwarzenegger has revealed that he underwent a second heart operation and is now feeling absolutely fine.

In a post on Instagram, the 73-year-old actor said he had been given a new aortic valve.

“Thanks to the team at the Cleveland Clinic, I have a new aortic valve to go along with my new pulmonary valve from my last surgery,” Mr. Schwarzenegger said.

“I feel fantastic and have already been walking the streets of Cleveland enjoying your amazing statues. Thank you to every doc and nurse on my team!” he added.

The actor also shared photos that showed him giving a thumbs-up from his hospital bed and exploring Cleveland.

Also read: How Arnold Schwarzenegger kept Chennai in his grip during a day-long visit

In 2018, Mr. Schwarzenegger underwent surgery at Cedars-Sinai Medical Center in Los Angeles to replace a pulmonic valve that was originally changed in 1997 due to a congenital heart defect.

The actor’s most recent project was Terminator: Dark Fate, the sixth instalment of his long-running Terminator franchise. The film, which reunited him with Linda Hamilton, released in October 2019.

Manoj Bajpayee to feature in ZEE5 original film ‘Silence… Can You...

Who is Dhanashree Verma? Check out her sensational dance moves that...