While the lines between Bollywood and OTT have blurred, those between television and Bollywood haven’t, at least not yet. While a few actors like Shah Rukh Khan and Sushant Singh Rajput successfully made a foray into tinsel town, most other TV actors have hardly made headway in Bollywood. Mouni Roy, who was a household name after shows like ‘Devon Ke Dev…Mahadev’ and ‘Naagin’ failed to make an impact in full-fledged roles in films like ‘Gold’ and ‘Romeo Akbar Walter’. Rajeev Khandelwal, who had become the nation’s heartthrob after his role in Ekta Kapoor‘s ‘Kahiin Toh Hoga’ made some wrong choices post the marvellous ‘Aamir’. Ditto for Gauahar Khan, who starred in some unforgettable roles in films and kept flitting between films and TV shows.

So, why is it that despite working hard to make the switch from one medium to another, TV actors can’t cash in on the Bollywood opportunity when it does come knocking? For our #BigStory this week, ETimes spoke to film and TV personalities to understand what stops popular TV stars from making as big an impact on the silver screen.


Dalljiet Kaur of ‘Kulvaddhu’ and ‘Kaala Teeka’ fame is trying hard to kick off her Bollywood career but she is optimistic about making it happen. Ask her about the trend of TV actors not making it big in Bollywood and she retorts, “It will change. We were told that the audience gets to watch TV actors too frequently for them to pay for tickets and see them; in other words, we provide no novelty on the big screen. Now, film stars are also going to be seen frequently because they are doing web shows. Isn’t there a possibility that people will get bored of them too then?”

Endorsing Dalljiet’s thoughts, Devoleena Bhattacharjee, who played Gopi in ‘Saath Nibhaana Saathiyaa’ says, “It is true that TV actors are not welcome in the film industry. I don’t know what goes on inside the minds of the audience, but I have heard comments dismissing us as mere TV actors. I think they should look at Vikrant Massey, who started his innings from TV and has done very well in movies with films like ‘A Death in the Gunj’, ‘Lipstick Under My Burkha’, ‘Dolly Kitty Aur Woh Chamakte Sitare’, Chhapaak’. If we aren’t given a chance, how will we prove ourselves and emerge victorious?” 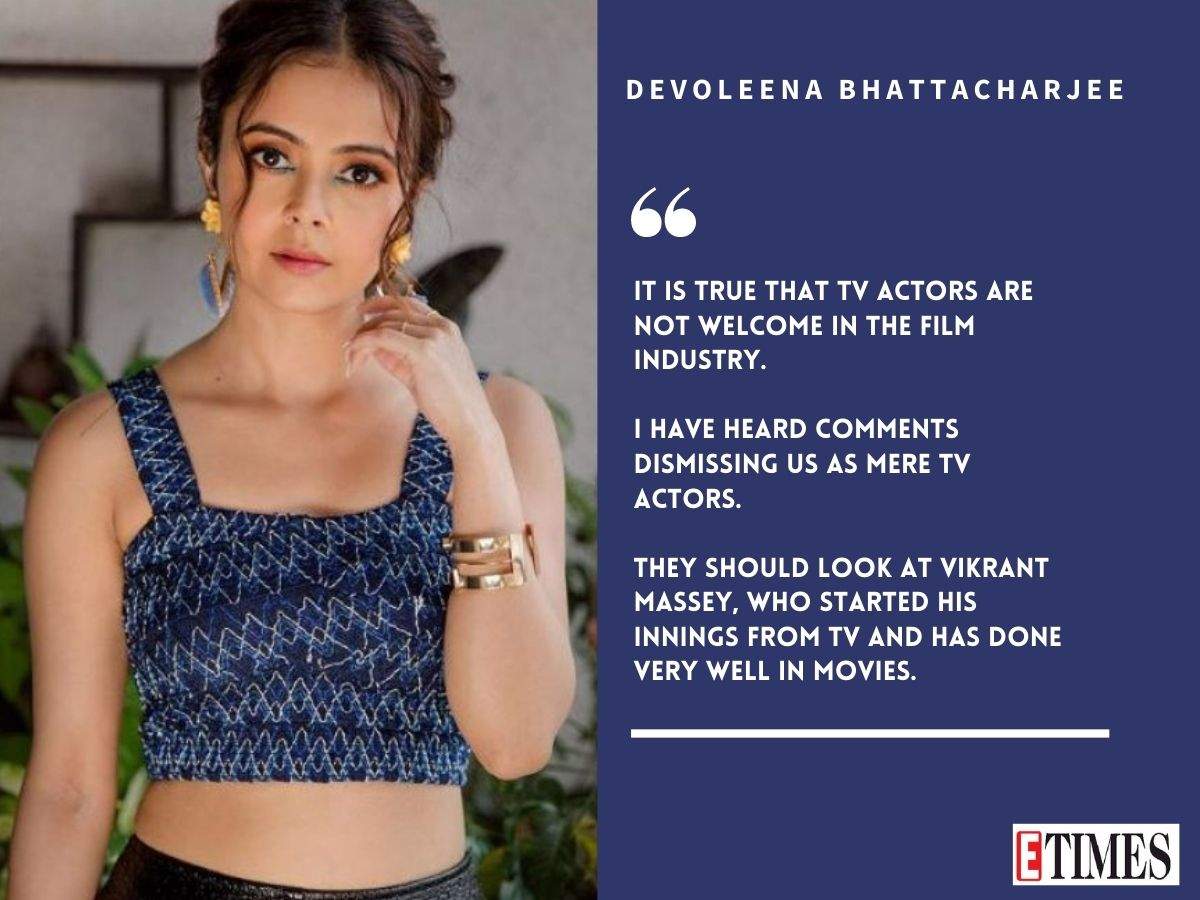 Confirming that filmmakers have a mental block in casting TV actors because they’re over-exposed on primetime telecasts and repeats in the afternoon slots, Aamir Ali, who hasn’t been seen much in Hindi films after his debut in ‘Raakh’, adds, “I don’t know if the scenario is changing, but filmmakers have specific people whom they want to launch and work with. So, I had decided to not chase movies and pursue TV because whatever movies that came my way were not worth the time and effort”. 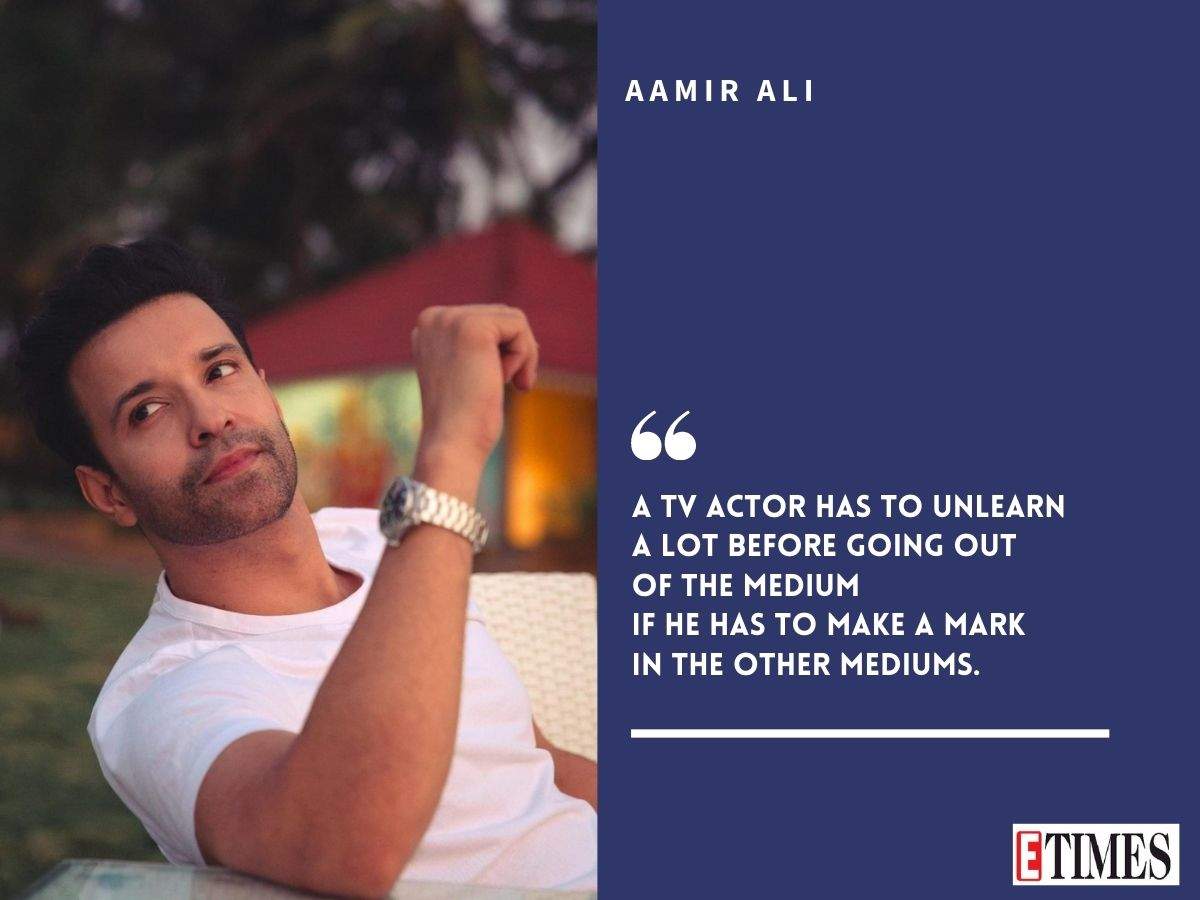 Web to the rescue?


Though films failed to tap their potential, seems like OTT platforms are coming to the rescue of TV stars who have a lot to offer but are restricted by the medium they are famous for. Garima Jain of ‘Shakti Astitva Ke Ehsaas Ki’, looks at the digital space for a solution. “TV actors do get tagged so. So, I decided to break away from TV, work on my body and acting skills, and sign up for web shows, which I am happy with, for now. If now a filmmaker wants to cast me, I think I have a good, varied portfolio of work that can help him understand my style. Web shows are a good medium to grab eyeballs and subsequently get your due. Of course, TV shows offer you regular money and it’s tough to take a sabbatical from the small screen, especially if you’re doing well, but it’s the only way out if you are feeling deprived of creative satisfaction,” she asserts.

Sunil Grover didn’t have film producers queuing up for him after films like ‘Pataakha’, ‘Baaghi’ and ‘Heropanti’, but his turn on the web show ‘Tandav’ did get him noticed. “Actors are actors, they cannot be divided into categories. Categorising is simply a marketing thing.” The million-dollar question then here is: Does Bollywood sign TV actors as fillers?

Aamir Ali, who, too, has branched out to web shows and is currently excited about his new digital venture, ‘Black Widow’, concurs. “A TV actor has to unlearn a lot before going out of the medium if he has to make a mark in the other mediums. Recently, I took a break from TV for 2-3 years and underwent rigorous workshops before I faced the camera for my digital debut,” he reveals.


But, for all you know, the makers of web shows might also soon become choosy about the actors they cast. Producer Nivedita Basu, who has worked with Balaji Telefilms and now makes web shows under her own banner, shares, “Many TV actors have worked on shows for years and years and over-exposed themselves. I myself don’t sign them. There’s no novelty in casting them.”

However, filmmaker Dharmesh Darshan, who has made superhit films like ‘Raja Hindustani’, and ‘Dhadkan’ denies that Bollywood discriminates against TV actors. So why hasn’t his film ‘Bhanvra’, made in 2010 with four TV actors–Eijaz Khan, Manav Gohil, Sangeeta Ghosh, and Shweta Salve–seen the light of day? Dharmesh clarifies that it was because he had to focus on taking care of his unwell parents. Any chance of releasing the project now then? “I might, that’s not ruled out,” he says. Dharmesh’s brother, producer Suneel Darshan of ‘Andaaz’, ‘Barsaat’, ‘Dosti: Friends Forever’ fame, also maintains that Bollywood welcomes TV actors.

‘Mr India’ filmmaker Boney Kapoor, too, strongly disagrees that Bollywood doesn’t look too kindly at TV stars. “It’s a myth. Didn’t Yami Gautam and Ayushmann Khurrana start from TV? There are several writers, too, who started with TV projects but are now forces to reckon with in Indian cinema–Ashwini Dheer wrote the successful show ‘Office Office’ and then directed the superhit ‘Son Of Sardar’, Shantanu Shrivastava has written ‘Tevar’ and ‘Badhaai Ho!’ but didn’t he write ‘Khatron Ke Khiladi’ before that? Didn’t Aanand L Rai, who needs no introduction today, start from TV?” he counters.

Casting director Mukesh Chhabra also doesn’t think there’s any discrimination. “I don’t think that it’s difficult for TV actors to get into movies. I love casting them. And today, nobody can be called just a TV actor. They all are actors, nobody is an OTT actor or a Bollywood actor. The storytelling has changed,” he declares. ‘ABCD: Any Body Can Dance’ director Remo D’souza, too, backs the casting director and says that he has worked with TV actors in his movies and shall continue to do so, provided they show potential.

Benaifer Kohli, who produces the TV show ‘Bhabhiji Ghar Par Hain’ speaks for everyone when she says, “I think it’s a case of hit hai toh fit hai (If it’s a hit, it will fit),” but is confused about why it happens to talented TV actors. “They should have got a larger share of the pie in movies, there is no denying that,” she emphasises.


Do Bollywood filmmakers feel that the melodrama and dramatic angles of the Indian television world don’t let an actor’s talent shine? “Even then it is wrong to have such blinders. It is dumb to have preconceived ideas,” argues Saumya Tandon of ‘Bhabhiji Ghar Par Hain’ fame. Just like selectors all over the world have fixed notions about some cricketers not fitting into all the three formats of the game–Test, ODI, and T20. 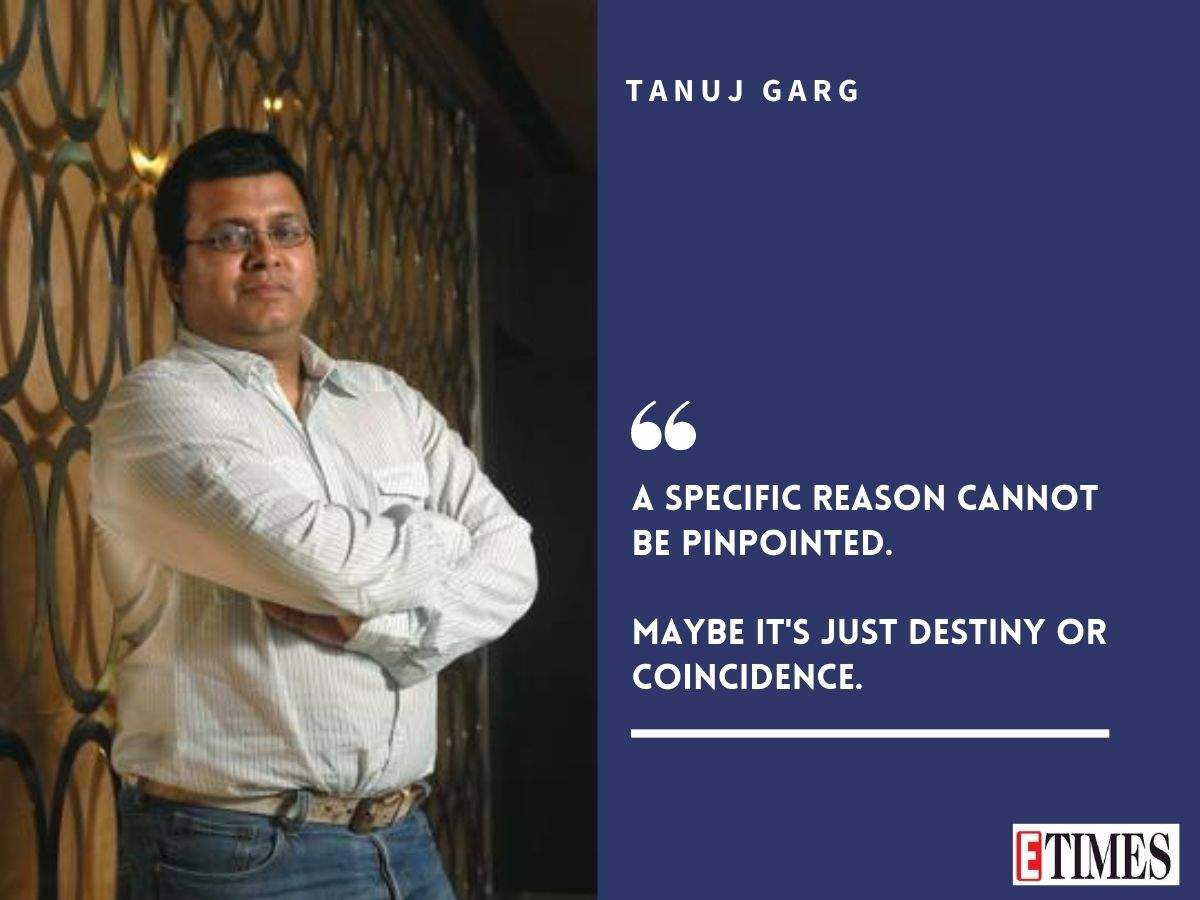 Come to think of it, even most film critics ignore TV actors when they review films on Fridays; instead writing only about the lead actors and the canvas of the film. Maybe the producer of Taapsee Pannu’s upcoming film ‘Looop Lapeta’, Tanuj Garg, has an apt conclusion to the debate. “A specific reason cannot be pinpointed. Maybe it’s just destiny or coincidence,” he muses when asked the reason why TV actors can’t make it big in Bollywood.

Photos: Shah Rukh Khan is back to Mumbai from Dubai with...