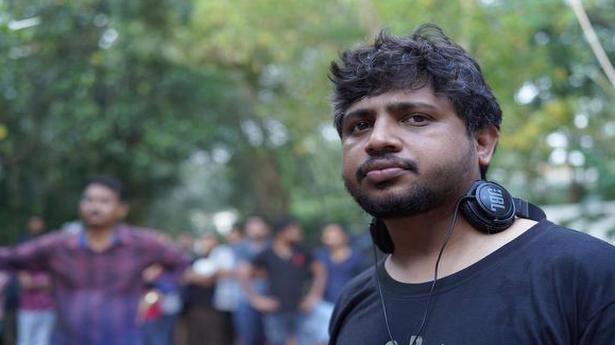 MetroPlus speaks with Zakariya about the film and its cast comprising some of the brightest stars of Malayalam cinema such as Indrajith, Parvathy Thiruvothu, Soubin Shahir, Joju George, Sharaf U Dheen, Grace Antony and so on.

The trailer, released a few days ago, has upped the anticipation for the film that has been shot at Malappuram in Kerala. It narrates the story of a group of film lovers and the hurdles they have to cross and the compromises they have to make to realise their dream of shooting a film.

Edited excerpts from an interview over phone…

Are the expectations about the film a burden on you?

Not really. It is the same excitement and anxiety that we experienced before the release of my first film. As far as my team is concerned, it is a new film that we are giving to viewers. So we are keen to see if (and how) the audience accepts this film and how they will react to it. As filmmakers, their acceptance of a film is important for us.

Is this anticipation for a director’s film product a source of strength for the filmmaker?

This expectation is part of an entertainment culture. When a team that came good with their first film comes together for another film, naturally, viewers might expect the team to do well again. But, looking at it from the perspective of the filmmaker and his team, each film should be able to give a new experience for the viewer. So, none of us is burdened by the success of Sudani from Nigeria; now, our thoughts are all about how the audience will feel about Halal Love Story.

‘Conflict between alienation and assimilation’

Unlike Sudani…, which had a novel theme, Halal Love Story involves a film within a film, which we have seen in many movies….

This is a fresh perspective, a fresh take. Yes, there is the story of a film within the film. But the context in which the story is told, the narrative and the content are different and new.

The cast is a filmmaker’s dream come true….

These are actors I have always wanted to work with. Be it Indrajith, Joju, Grace Antony, Parvathy, Sharaf U Dheen and Soubin (with whom I had worked with in Sudani…), they are all storehouses of talent. Most directors aspire to work with good actors because we want to tap their talent, their ability to come up with superb work. It was wonderful to see the competitive spirit and dedication with which the actors of Halal Love Story breathed life into their characters and the story.

You and Muhsin Parari had written the script of Sudani… and now both of you are working together in Halal Love Story as well. Is there a comfort zone when working with friends and people you have worked with earlier?

This script happened organically. After Sudani…, I was busy with another script while Muhsin worked on Virus. That is when we came up with the idea of Halal Love Story and decided to try writing it down to see how it developed.

Ashif Kakkodi has also been credited as co-writer…

He is our co-writer. Kakkodi was part of the discussions about the film as he and I were working on another script. That is when Halal Love Story got shaped. Ashif’s association was there during the writing of the screenplay.

What is your opinion about the release of Halal… on an OTT platform?

There is a lot of confusion. Several films, including ours, have been completed and are awaiting release. But, as of now, none of us has any idea when theatres will be reopened. All of us, including government officials, are hoping that things will get sorted out. But, as far as we are concerned, as a creative team, we would like to do more films. At present, OTT platforms are a medium for us to reach viewers. For instance, Halal Love Story première in 200 countries. So, though a total theatre experience will be missing, we will be reaching out to many more viewers. We are trying to do the best in the current scenario.

Any clues about your new project?

We are in talks for a project with Mammookka (Mammootty). It has not been titled yet. It is likely to start only after there is more clarity about the situation.