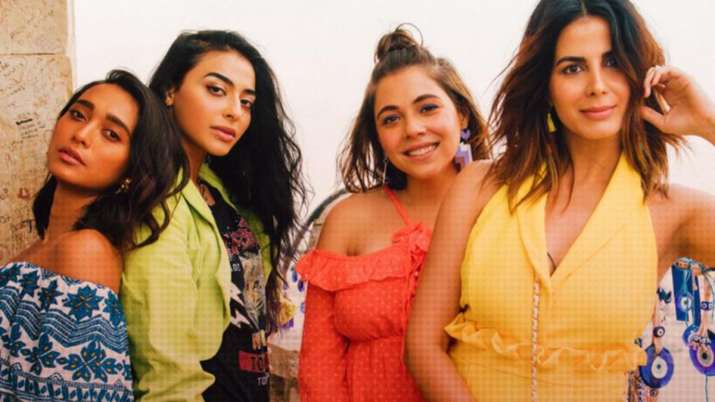 Season two of the popular show is the only Indian title to have won an award at the ceremony, and it won despite stiff competition from entries from across Asia including China, Korea, Singapore, Taiwan, Indonesia, Japan and Thailand. The latest honour for the Amazon Prime show comes in the wake of a nomination at the International Emmy Awards earlier this year, in the Best Comedy Series category.

“Four More Shots Please! season 2 has been a true labour of love for us and we are delighted to share this success with Pritish Nandy Communications, and of course our fantastic talent who deserve every bit of adulation coming their way for giving us four extremely memorable, yet relatable flawsome women to look up to!” said Aparna Purohit, Head of India Originals, Amazon Prime Video, about the feat achieved by the Pritish Nandy Communications production.

Also, the popular web series is set to get a third season, and actress Tannishtha Chatterjee is on board to direct all episodes of the season. Devika Bhagat, who scripted the two seasons so far, returns to write the third season. Ishita Moitra will pen the dialogues. “In the new season, the unapologetically flawed girls will face even greater challenges and stereotypes thrown at them but all the while their friendship will be their driving force”, said Pritish Nandy, Chairman, Pritish Nandy Communications, banner that produces the show.

“The third season will pick up from where the four girls are left at the end of season two and will take forward their stories as they journey ahead in their career, relationships, love and, most importantly, the passion and beauty of their friendship,” Pritish Nandy said.

Exclusive! Shweta Tripathi: Commercial actors are never asked if they would like to do indie films – Times of India

‘A Quiet Place II’, ‘King’s Man’ and other films delayed

Exclusive! Shweta Tripathi: Commercial actors are never asked if they would...

Fans trend ‘One day for SSR birthday’ ahead of Sushant Singh...

Varun Dhawan shares a glimpse of his ‘isolation’ looks on social...