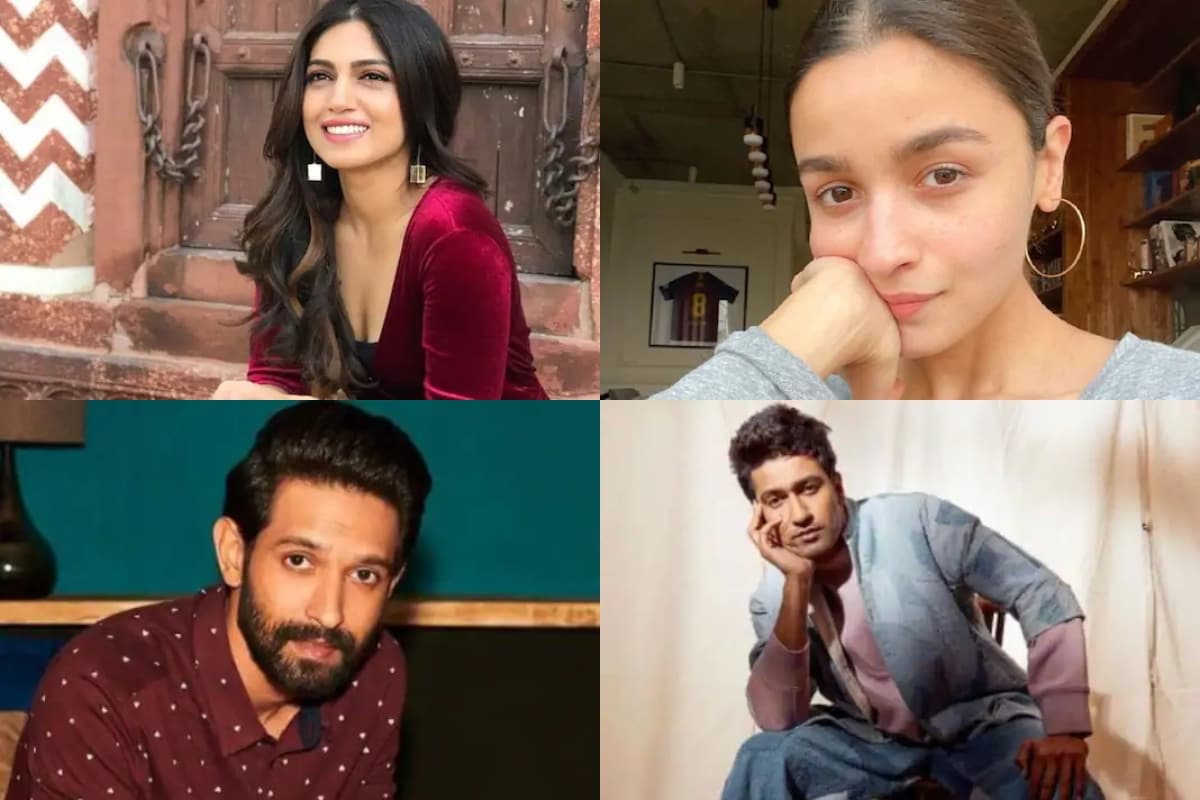 The country is seeing a sudden spike in the rise of coronavirus cases and a bunch of B-town celebs have fallen prey to it. From Alia Bhatt to Akshay Kumar, many celebrities have been testing positive.

Here are all the celebrities who have tested positive in recent times and this is what they are doing to cope up with the ailment.

Bhumi is the latest Bollywood celebrity to have tested positive for COVID-19. On Monday, she took to Instagram to inform fans about the same. She informed that she has mild symptoms. The actress also requested everyone to not take the current situation lightly. She wrote, “Even though I followed utmost precaution and care I have contracted it. Wear a mask, keep washing your hands, maintain social distancing, and be mindful of your general behaviour.”

Minutes after Bhumi Pednekar updated about her health, actor Vicky Kaushal took to Instagram to announce that he too has tested positive. The Uri actor is currently under home quarantine and taking medication as prescribed. He requested all those who came in contact with him recently to get tested.

On April 2, Alia Bhatt took to Instagram to confirm that she has tested positive for COVID-19 and is under home quarantine. The 28-year-old actor took to Instagram and posted a note informing her fans that she is currently following all the safety protocols listed by her doctors.

On April 4, Akshay Kumar took to his official Instagram account to inform fans about his health. Although the actor informed that he is doing fine, he has been hospitalised as a precautionary measure. After Kumar’s diagnosis, around 46 of Ram Setu’s crew members tested positive for the novel coronavirus. His co-star Nushrat Bharucha has self quarantined herself as a precautionary measure.

Actor-singer Aditya Narayan informed that his wife Shweta Agarwal and he have tested positive for coronavirus and are under quarantine. On Monday, veteran singer Udit Narayan informed that Aditya, his son, has been hospitalised. Before testing positive, Aditya Narayan was hosting the 12th season of the singing reality show Indian Idol. He was replaced by actor Jay Bhanushali and now actor Rithvik Dhanjani will fill in for Aditya.

Actor Rupali Ganguly on Friday took to social media to inform she has contracted the virus. The Anupamaa actor posted a picture on Instagram and apologised for letting down the entire unit of her show. She also urged everyone to stay safe.

Actor Kartik Aaryan had tested positive last month and took to Instagram to share the news. However, on Monday, he shared that he has finally tested negative and will be heading back to work. The actor is currently shooting for the sequel of the 2007 horror-comedy Bhool Bhulaiyaa alongside Tabu and Kiara Advani.

The 56-year-old actor tested positive for coronavirus in March and has been self-quarantining at home. His spokesperson had informed that he is at home following all the protocols and is doing fine.

After Aamir Khan, his 3 Idiots co-star R Madhavan revealed that he has contracted the virus. Taking a humorous approach, he drew a reference from their film and said Virus caught Rancho (Khan’s character) and Farhan (Madhavan’s character) by their cuffs even in real life. However, he recently informed that his mother has also tested positive.

Actor Paresh Rawal took to Twitter on March 27 to inform he had tested positive for Covid-19. The actor turned politician had received his first dose of the Covid-19 vaccine on March 9.

Fatima Sana Shaikh tested positive on March 29. She took to Instagram to inform that she is following safety protocols after contracting the virus. The actress recently updated her fans about her health. She posted a picture on Instagram and wrote that she is feeling much better now.

Vikrant Massey informed last week that he has contracted the virus. Taking to Instagram he revealed that despite necessary precautions on the shoot, he has tested positive. He is in self-quarantine and taking the prescribed medicines and adequate rest. The Chaapak actor was shooting in Bhopal when he tested positive for the virus.