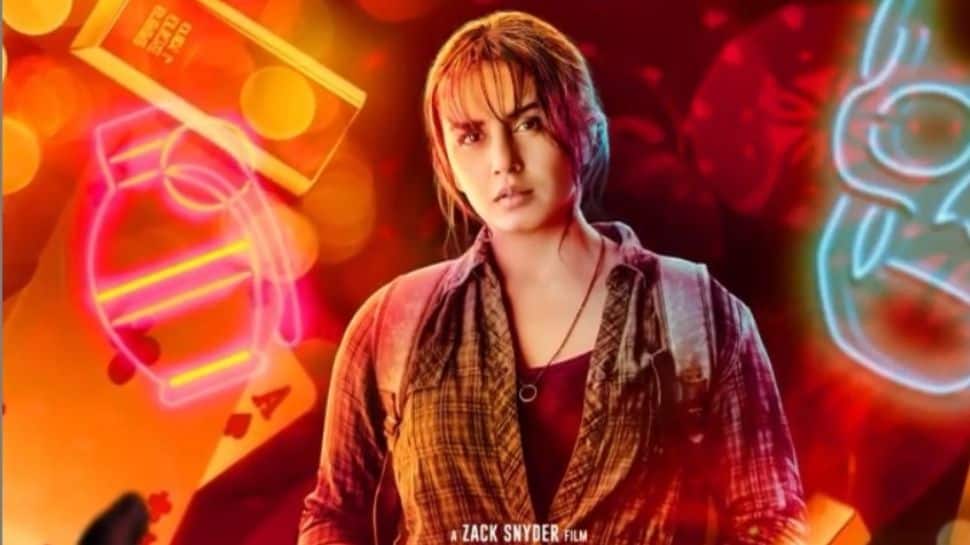 New Delhi: Bollywood actress Huma Qureshi is all set to prove her mettle in Hollywood. The ‘Gangs of Wasseypur’ star will be now seen in a Hollywood film, ‘Army of the Dead’. The trailer of the film was released earlier this month and was appreciated by everyone.

However, Huma was not seen throughout the trailer. ‘Army of the Dead’ is directed by Zack Snyder and will be released on Netflix on May 21, 2021. Although, this is Huma’s first step towards Hollywood but the actress was not really pleased while sharing her motion poster from the film amid pandemic. She stated it as ‘professional duty.’

Sharing the poster, Huma wrote, “My heart bleeds as my country and my fellow Indians fight personal loss, hurt, pain and devastation everyday because of the Covid-19 pandemic. I stand alongside them in sharing every bit of it with them. With a heavy heart however, in keeping with my duties as a professional. I share my work for all of you to view Army Of The Dead, the Zack Snyder film I shot through 2019. Releasing on May 14th 2021 in select theatres and 21st May on Netflix.”

She added, “Urging those who are safe to continue staying safe and follow every possible regulation in these torrid times, while dedicating my work to those who have encountered the wrath of this pandemic and wishing them health & peace.”

In the movie, Huma will be essaying the role of Geeta, and the rest of her details are still under the wrap and so for that, we need to wait and watch. Other important characters of the film include Dave Bautista, Ella Purnell, Omari Hardwick, and Ana de la Reguera.