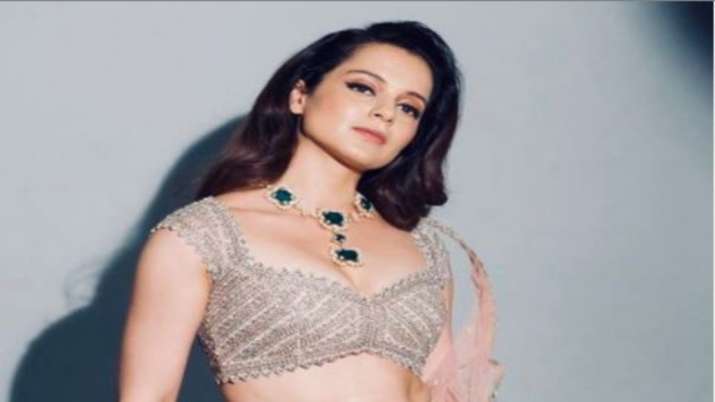 Kangana tweeted to express her rant against her Bollywood colleagues and claimed she would expose them.

“Their is an unwritten law in the film industry ‘you hide my dirty secrets I will hide yours’ the only basis of their loyalty to each other. Since I am born I am seeing only these handful of men from the film families run the industry. When will this change? #BollywoodStrikesBack. Bullywood the gutter of drugs, exploitation, nepotism and jihad it’s lid is off instead of cleaning this gutter #BollywoodStrikesBack well file a case on me also, till the time I am alive I will continue to expose you all #BollywoodStrikesBack,” she tweeted.

She also mentioned how the industry, especially the big heroes, exploited the late actor Sushant Singh Rajput. “Big heros not only objectify women but also exploit young girls, they don’t let young men like Sushant Singh Rajput come up, at the age of 50 they want to play school kids, they never stand up for anyone even if people are being wronged before their eyes #BollywoodStrikesBack,” Kangana added, posting a picture of Sushant.

“Bollywood ke gatar me rengne walo ko ab pata chala kaisa lagta hai jab sare desh ke saamne beizzat kiya jata hai. Nishana banaya jata hai. Isolate kiya jata hai. Kyu kahi chup ya bhaag jane ka man kar rha hai? Tum isne sare bhedio ho jhund me, akele ka man to karega ki mar jaye, nahi ? (Those who crawl in the gutters of Bollywood now know what it feels like when you are insulted and targeted in front of the whole country. Why do you feel like hiding or running away? You are wolves in a pack, the feeling of being alone will die, right?#BollywoodStrikesBack),” she continued.

Bollywood’s civil suit against the news channels has sought to restrain these media houses from conducting media trials of Bollywood personalities and interfering with their right to privacy.

The plaintiffs also prayed that the defendants abide by the provisions of the Programme Code under the Cable Television Networks Rules, 1994, and to withdraw, recall and take down all defamatory content published by them against Bollywood.

Suhana Khan shares a glamorous throwback picture with her ‘babysitters’ –...

Disha Patani flashes her adorable smile in THIS latest selfie from...

Akshay Kumar is one proud son-in-law as Dimple Kapadia receives a...