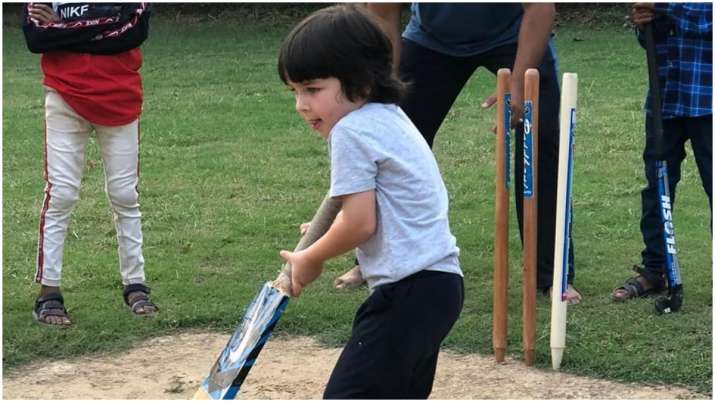 On Tuesday, Kareena Kapoor Khan posted an image of her son Taimur Ali Khan playing cricket. Along with the picture, she had a witty caption in place, too. “Any place in the IPL? I can play too,” Kareena wrote, on behalf of Taimur. Many fans were reminded of Taimur’s late grandfather, iconic cricketer Mansoor Ali Khan Pataudi.

“It seems Taimur is following the footsteps of his late grandfather,” a user commented.

“So cute,” wrote another.

While Kareena and Saif have often spoken about the extra attention on Taimur even though he is a child, they have also never tried to restrict his freedom or hidden him from the world. He accompanies his mother to film sets and also spends time with his father in the outdoor. In fact, the star parents never hesitate to talk about him, and also reveal his sweet secrets that are loved by fans

In a recent interview with Rediff.com, Saif yet again shared a secret about his baby boy. Addressing the question on if Taimur will choose to step into his parents’ footsteps when he grows up and become an actor, Saif shared that little Tim Tim loves to sing, dance, and paint. “I have tried to get him to play cricket. He is not interested in cricket or football. He is interested in singing, dancing and painting. He likes to make faces. Right now, he thinks he’s Lord Rama. He loves the Ramayan,” he said.

For the unaware, Saif’s father and Taimur’s grandfather, legendary cricketer and former captain of the Indian cricket team, the late Mansoor Ali Khan Pataudi was considered a veteran of his field. About his love for painting, mommy Kareena had once taken to social media during the lockdown and posted an adorable photo of little Tim painting the wall red (quite literally)! Sharing the photo, Kareena had written, “If there is a wall that’s blocking your creativity… Try painting on it #QuaranTimDiaries #InhousePicasso.”

Kareena is currently in Delhi to shoot for her film “Laal Singh Chaddha”, which marks her third collaboration with actor Aamir Khan.

On the personal front, Kareena is expecting her second child with actor Saif Ali Khan.

Nayanthara to Ajith: Kollywood stars who are yet to debut on...

Ananya Panday shares a stunning picture from her Maldives vacation with...