Megan Olivi is an American TV Show Host. Megan Olivi is a UFC as well as a mixed martial arts reporter and is the one who hosts the Fox Sports 1 show UFC Ultimate Insider. She also preset a series on UFC Fight Pass, “The Exchange With Megan Olivi”.

Megan Olivi was born in New Jersey, USA, on August 29, 1986. She is 35 years old and is under the astrological sign, Virgo. Her ethnicity is of Italian descent and holds American nationality.

Regarding Megan’s educational background and qualifications, she attended Seton Hall University where she was able to earn a degree in political science as her undergraduate major. During studying at Seton Hall, she was able to intern with Fox News. Later on, she went on to earn a master’s degree in broadcast journalism at Fordham University. Moreover, Olivi played softball in school and wanted to pursue a career in gymnastics but was not able to due to her family’s financial situation. 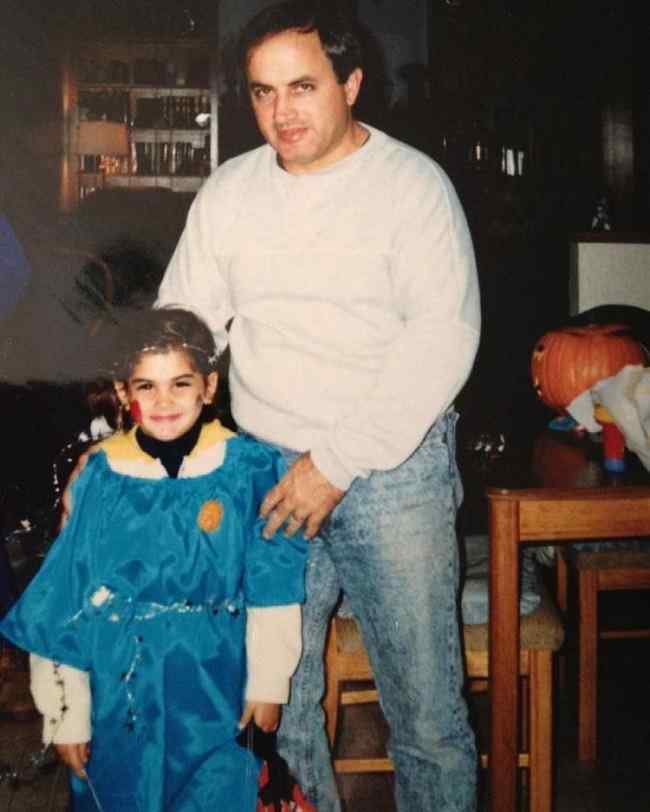 Megan Olivi was offered an opportunity to cover the sport of Mixed Martial Arts in Las Vegas, Nevada, shortly after completing her master’s degree. After getting that opportunity, she decided to move across the country and take a chance on this career opportunity. She then began working on this opportunity and making her career in this field.

Later on, after taking this new job, Megan fell in love with the sport of Mixed Martial Arts. And, also while continuing to polish her on-camera skills, most notably co-hosting the live Ultimate Fighting Championship (UFC) Preshow Fight Day. After some time, she went on to work for Fox Sports covering UFC events and even hosting lifestyle segments for FoxSports.com.

Likewise, in February of the year 2013, Megan Olivi accepted a role as a correspondent for Fox 6 News San Diego covering the San Diego Padres as a Social Media Reporter while also hosting and producing a weekly magazine show, “Padres POV”. She then soon moved on from her career with the Padres and was able to return to Las Vegas to pursue a reporting opportunity with the UFC. She now currently travels the world covering UFC events.

Moreover, she even hosts UFC Ultimate Insider on Fox Sports 1 and also has a series on UFC Fight Pass, “The Exchange With Megan Olivi”. And, while on NFL on FOX, she would be serving as a sideline reporter on the network’s NFL coverage in the 2021 season. She also was able to team along with color analyst announcers Aqib Talib or LaVar Arrington and play-by-play announcers Gus Johnson, Joe Davis, and Brandon Gaudin. Furthermore, Megan was both a preliminary as well as final telecast judge at the 2017 Miss Universe Pageant. 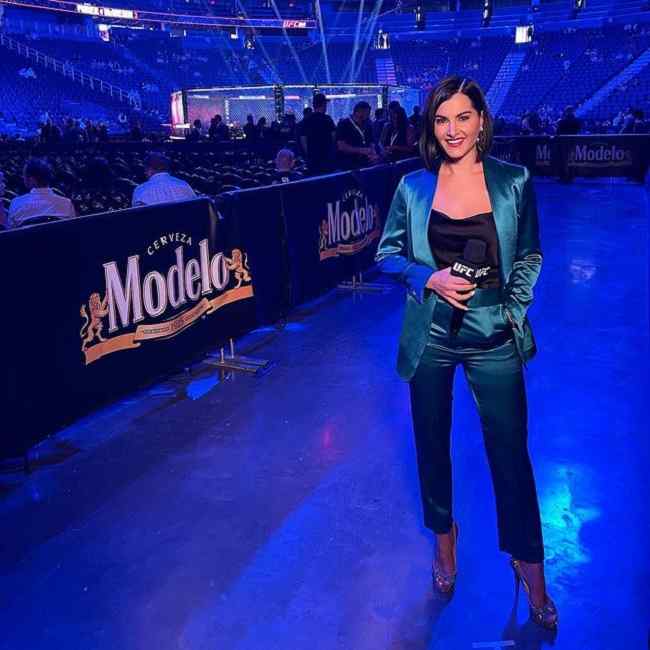 Megan Olivi tied the knot with Joseph Benavidez. Her husband is an American MMA fighter. He was able to turn professional in the year 2006 and started competing at the flyweight, bantamweight, and featherweight levels. He is also a former UFC flyweight title challenger. 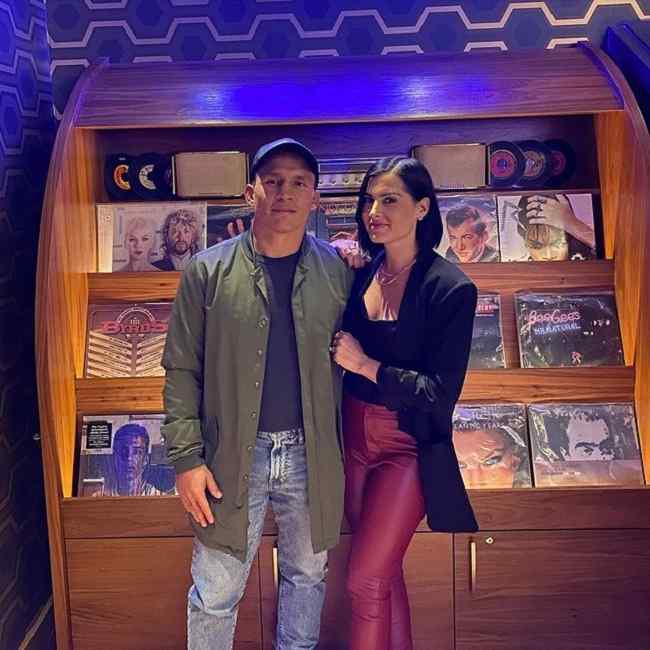 Megan Olivi has a height of 5 feet 6 inches and her weight is 59 Kg. Olivi’s other body measurements such as her chest size, waist size, and hip size, are 33-24-33 inches respectively. Moreover, Megan has black hair and brown eyes.

According to mediareferee, Megan Olivi has a net worth of $2.5 million and her main income source is her career as a show host.