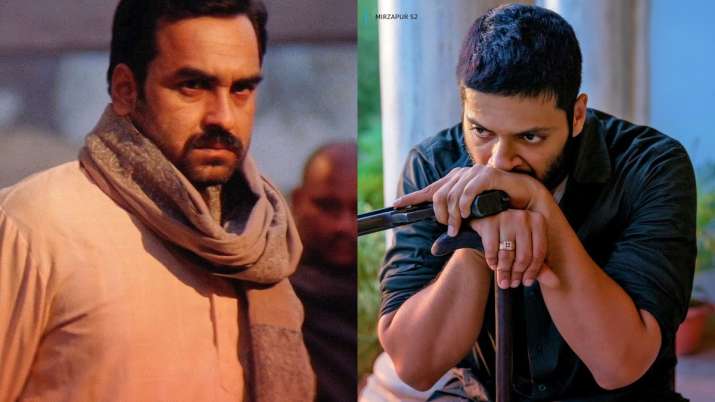 The release date of the most awaited web series, Mirzapur 2, is finally here. Fans were waiting to enjoy the magic of Pankaj Tripathi, Ali Fazal, and others in the show after the mind-boggling success of season 1. The second season is expected to be more bloodsoaked and vengeful and the expectations of the viewers are very high. What initially begins as a battle for power, leading to the throne of Mirzapur, eventually shapes the destiny of the city, influencing its business and its politics. It will be interesting to see how the story unfolds after the death of Vikrant Massey’s character, Bablu and Sweety Gupta played by Shriya Pilgaonkar.

Mirzapur 2 drops on Amazon Prime Video on October 23 and Twitter is already flooded with memes. Fans have been expressing their excitement about the show.

Starring Pankaj Tripathi, Ali Fazal, Rasika Duggal and Shweta Tripathi, the makers unveiled the trailer of the second season last month. The two-minute trailer began with Kaleen Bhaiya (Pankaj Tripathi) saying: “Jo aaya hai, woh jaayega bhi, bas marzi humari hogi. Gaddi pe chahe hum rahe ya Munna, niyam same hoga (Whoever comes, will certainly leave, but according to my wish. Whoever sits on the throne, whether it is me or Munna, the rules will be the same).” It also shows Shweta Tripathi (Golu) in a fierce gun-totting avatar, as she promises to rule Mirzapur.

When and Where to watch all episodes of Mirzapur 2

Fans will be able to watch Mirzapur 2 on the OTT platform Amazon Prime Video from 23rd October, 12 am. All the episodes will be available for the Prime users and they can binge-watch.

In case you are one of those who hasn’t seen the first season of the show yet, Amazon Prime video had made Mirzapur available for everyone to watch before the release of season 2.

Friends requesting that one guy from the group who has amazon prime subscription so as to watch Mirzapur season 2 :#MirzapurOnPrime pic.twitter.com/8L8yVXSV92

me sleeping all day, so i can stay up all night zzz #MirzapurOnPrime pic.twitter.com/82u2boAtTC