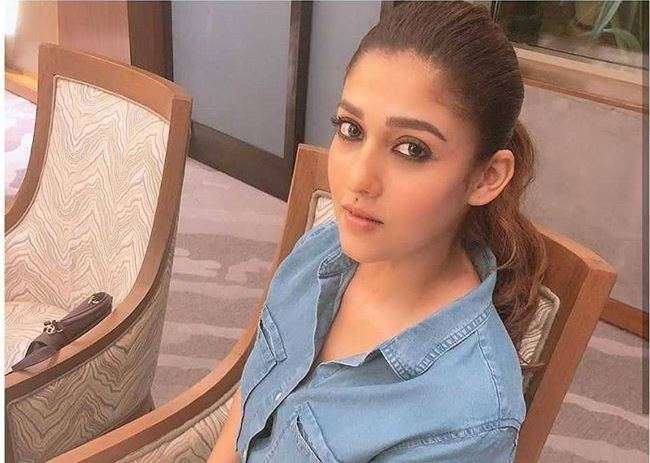 The Tamil devotional drama, Mookuthi Aman, starring Nayanthara, has been confirmed for a digital release.

The streaming platform Disney+ Hotstar announced its line-up of South Indian films on Friday, and the film has been scheduled for release around Diwali.

“There is nothing greater than the joy of being able to entertain people through great movies. ‘Mookuthi Amman’ is one such movie that I think will resonate with people. For a lot of people, Diwali is incomplete without new movie releases. In these tough times people need happiness, and I promise our film will bring that joy and celebration in this festive season,” said Nayanthara’s co-star RJ Balaji, who also released the poster of the film at a virtual press conference. Balaji also co-directs the film.

Talking about his foray into the digital world, Venkat Prabhu said: “Often, people assume that creating shows is easier than putting together good cinema but it’s quite the opposite. I have stepped out of my comfort zone and tried something new and challenging. With newer and exciting storytelling. I am going to present a show with a unique concept where even the non-series watcher also will start engaging with the show.

“‘LIVE Telecast’ is a horror show created for everyone who enjoys the adrenaline rush. The show will be dubbed in six other languages and I’m sure the story will reach millions of viewers across the country,” he added.

Tamannaah gave a hint about her show “November Story” and said: “My show has a strong female-oriented narrative that gave me an opportunity to play around with the character.”

Sathyaraj shared “My Perfect Husband” is a story “that can take you to your happy space”.

“It’s an unconventional story of finding love in old age that will leave people with a smile on their face,” he shared.

Karthik Subbaraj summed up: “Digital is now a big part of how people consume entertainment.”

Adnan Sami hits back at a Twitter user who said Lata...