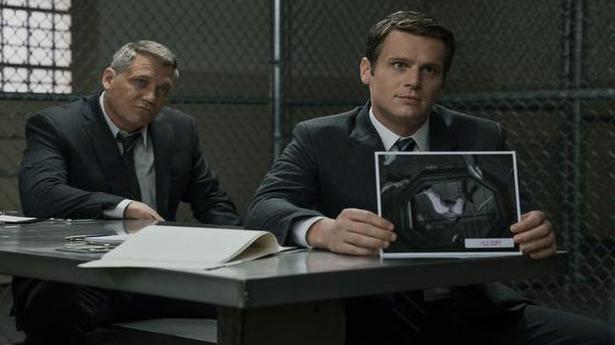 The Netflix show follows a special team within the FBI, that investigates what makes serial killers tick during the ‘70s

Filmmaker David Fincher has confirmed that there won’t be any further seasons of his critically-acclaimed series “Mindhunter.”

The Netflix show follows a special team within the FBI, spearheaded by Agents Bill Tench ( Holt McCallany) and Holden Ford ( Jonathan Groff), that investigates what makes serial killers tick during the ‘70s.

The first season premiered in October 2017 and the show was formally renewed for its sophomore outing, which debuted in August 2019.

However, since then, the streamer and the director haven’t announced a third season. Earlier this year, Groff, McCallany and Anna Torv were released from their contracts due to uncertainty over the show’s future.

In an interview with Vulture, Fincher said he is “probably” done with show as it was a costly endeavour for him.

“I think probably. Listen, for the viewership that it had, it was an expensive show. We talked about ‘Finish ‘Mank’ and then see how you feel,’ but I honestly don’t think we’re going to be able to do it for less than I did season two. And on some level, you have to be realistic about dollars have to equal eyeballs,” the filmmaker said.

Fincher further said that the show was a “lot for me” as he spent six to seven months a year for over three years in Pittsburgh in order to work on the series.

“We had done the first season of ‘Mindhunter’ without a showrunner, with me pinch-hitting on a week-by-week basis. We started getting scripts for the second season, and I ended up looking at what was written and deciding I didn’t like any of it. So we tossed it and started over.

“I brought in Courtenay Miles, an AD I’d worked with who wanted to write, and she ended up co-showrunning ‘Mindhunter.’ But it’s a 90-hour work week. It absorbs everything in your life. When I got done, I was pretty exhausted, and I said, ‘I don’t know if I have it in me right now to break season three’,” the director said.

Fincher’s upcoming movie is “Mank”, based on the life of “Citizen Kane” screenwriter Herman J Mankiewicz. The movie will be released on Netflix on December 4.