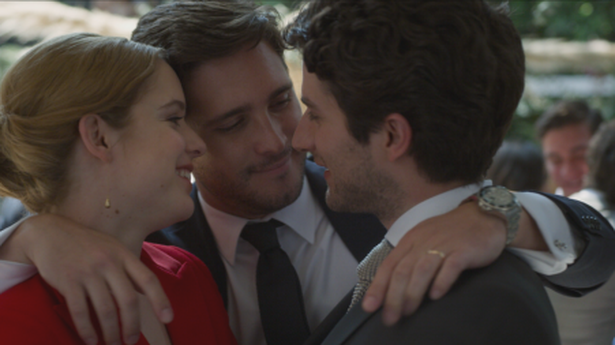 ‘The Salt in Our Waters’, ‘New Order’ and ‘Another Round’ all make standout impressions

The just-concluded 64th edition of the British Film Institute (BFI) London Film Festival was a triumph, given the circumstances it was held in. Long before the lay of the land was known, the organisers had bravely decided to pivot to a hybrid online/physical model. Screenings were held across UK partner venues, not just London, with the majority being online. When the festival began, the country found itself in the grip of a second wave of coronavirus, but the sheer enthusiasm of a film-starved public and the joie de vivre of the organisers pulled it through and made it a success.

In a programme packed with terrific films, three stood out for me. Enough has been written about the excellent The Disciple, so moving on swiftly from there to the other film that is in the process of conquering the festival circuit, débutant Rezwan Shahriar Sumit’s Bangladesh/France production, The Salt in Our Waters (Nonajoler Kabbo). It had its world première in London and has its Asian première at the ongoing Busan Film Festival. I’ve been following the project since it was a glimmer in Sumit’s eye at the NFDC Film Bazaar in Goa a few years ago. Since then, he received a few grants, and a Spike Lee Fellowship no less. But, proof of the pudding, right?

The movie is a tremendous début, so much so that it is difficult to believe that it is a début film, so assured is the filmmaking. It is a spiritual successor to Bangladeshi doyen Mostofa Sarwar Farooki’s ground-breaking Television (2012), where new ideas arrive at an island in Bangladesh, thus disrupting the old order. However, Sumit also packs in ideas of climate change and different interpretations of theology, including a fascinating sideline in idolatry, not just physical, but philosophical as well. The film is also of a piece with two seminal man vs. nature works, Ritwik Ghatak’s A River Called Titas ( the 1973 Titas Ekti Nodir Naam) and Ramu Kariat’s Chemmeen (1965). Sumit is a talent to be watched and nurtured.

Also disrupting the old order is Mexican filmmaker Michel Franco’s New Order (Nuevo Orden). The film came to London after winning awards at Venice and much festival play elsewhere. Franco has always liked to challenge audiences, beginning with his first feature Daniel and Ana (2009), where kidnapped siblings are forced to have sex on camera. In New Order, he challenges us so much that the result is so believable that it is terrifying. The film is about a revolution in Mexico where the majority (all people of colour) brutally rise against the one-percenters i.e. the wealthy and powerful (all white). Franco does not take sides and that is the scary part — the takeaway is that there is evil everywhere and in everyone. What an apt film for this annus horribilis.

To end on a cheerier note, Tomas Vinterberg’s classically shot Another Round (Druk), a far cry from his Dogme 95 days, follows four high school teachers, led by the redoubtable Mads Mikkelsen, who decide to improve matters by keeping a constant level of alcohol in their blood. Does it go pear shaped? I’m not telling. Another Round won best film at the London Film Festival.

Shilpa Shetty steps out with daughter Samisha; photos of the mother-daughter...