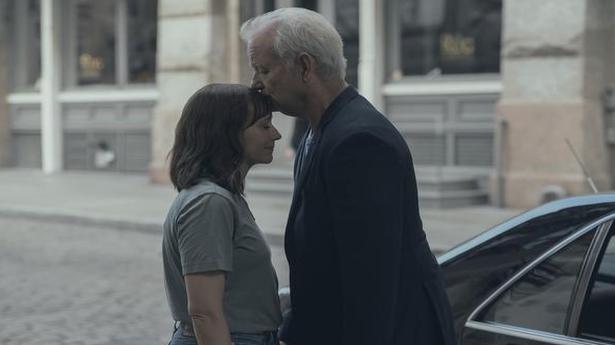 Sofia Coppola’s new feature on Apple TV+, which marks a reunion with Bill Murray, is funny, poignant and her lightest work till date

A re-watch of Sofia Coppola’s most seminal work, Lost in Translation, even today, leaves you just as beguiled, so completely taken in by the story, mood and aesthetic woven around two lost people finding each other in surreal Tokyo; a movie that defined a relationship in a way that audiences weren’t used to before, and still finds few equal comparisons in its stead.

Which is why when On The Rocks was announced initially, with Bill Murray and Rashida Jones, it was natural to wonder if this would be Coppola’s kinda-sorta spiritual sequel to her 2003 classic; just replace Tokyo’s Grand Hyatt with the fancy boroughs of Upper East Side New York.

However, it later emerged that the Apple TV+ release would be a comedy revolving around a father and a daughter on almost a caper of sorts, learning about what love and loyalty meant in the process. Still, comparisons are inevitable, especially when it marks a reunion after five years for a much-cherished director-actor duo (Coppola and Murray collaborated last for A Very Murray Christmas in 2015).

Here, Murray plays Felix, a wealthy retired gallerist, who’s been a long-absent father for decades, and suddenly stumbles upon an opportunity to re-enter his daughter Laura’s (Jones) life. How? By helping her find out if her seemingly-too good to be true husband (Marlon Wayans) is cheating on her.

Felix has spent his entire life championing a hedonistic lifestyle, wooing and flirting with every woman he’s come across, from the teen waitress at the cocktail party to even his daughter’s best friend. His relationship with Laura has been severely fractured, yet, she — a writer struggling to finish her first book while parenting two kids, as her successful, workaholic husband constantly makes out-of-town trips — somehow, turns to him for advice on matters of fidelity.

“You’re mine until you get married,” echoes Bill Murray’s voice in the background, towards the beginning of the movie. “Then you’re still mine,” he adds. And now, years later, after he’s forgotten how it is to be loved by a daughter, he gets a second chance at fixing things; it doesn’t matter if it comes at the expense of her entire life crashing down. In Sofia Coppola’s new feature, Rashida Jones finally gets the role she’s been waiting for her entire career

And from there, this light-hearted adventure begins in which the dad-daughter duo pursue Dean around several gorgeous New York locales (indeed, the movie is a love letter to the city) hoping to catch him red-handed, while Laura tries to quieten the growing sense of dread inside her: if her suspicions are indeed proven true, what happens next?

Conversations on everything from the differences between men and women to the innate ramifications of marriage, pepper this ride that makes you think of the director’s own life, upon which her father, Francis Ford Coppola, constantly casts his own legendary shadow.

Rashida Jones finally gets the role she’s been waiting for her entire career — fans of The Office will only remember Karen Filippelli with the most nostalgic of memories — and absolutely nails it, hook, line and sinker. Murray, who always seems to play different versions of the same character (or himself) in his films, is typically brilliant; his dry humour, world-weary face and deadpan smooth talk providing the perfect foil to Jones’ Laura, whose anxious demeanour is fed by the pressures of motherhood, insecurities over her own talent, and an entire lifetime of being a philanderer’s daughter.

Along the way, there’s also a supremely funny cameo from Jenny Slate as a school-parent friend, as upmarket NYC is tantalizingly showcased by cinematographer Philippe Le Sourd, with the likes of Chet Baker and French outfit’s Phoenix playing the background lustfully.

On The Rocks is whimsical, wistful and wanting all at once — it may not have the swooning melancholic highs of Lost in Translation — but is still an often-funny, occasionally-poignant story of two people on their journey towards redemption, both individually and together, hand-held by a filmmaker whose last name doesn’t define her anymore.

On The Rocks is currently streaming on Apple TV+