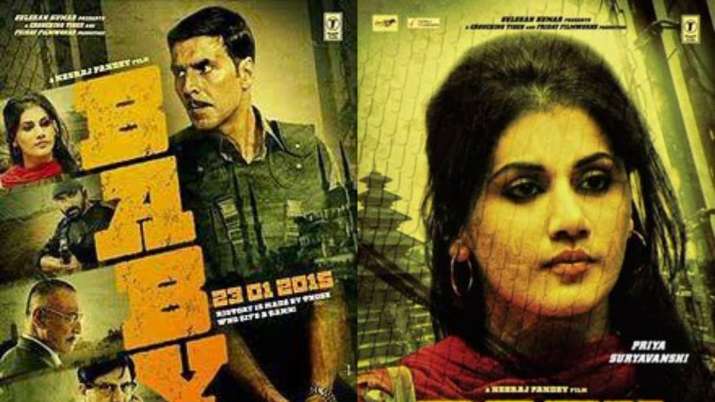 Taapsee Pannu on Saturday advised young and aspiring actors to not focus on the length of their roles in a project as she celebrated six years of espionage thriller Baby. Before entering Hindi cinema, the 33-year-old actor starred in Telugu and Tamil films. She made foray into Bollywood with David Dhawan’s Chashme Baddoor, but her seven-minute-long role as Shabana Khan in Neeraj Pandey”s Baby acted as a turning point in her career. Pannu said it is important for an artiste to make the most of the screen time they get.

“Dear actors, Number of minutes don’t matter, the impact u leave with what u do in those minutes …… matters 🙂 7 minutes that changed the direction of tide for me FOR GOOD. Yours truly , Naam Shabana,” she posted on Twitter. Reacting to Taapsee’s tweet, Akshay Kumar who headlines the film tweeted, “Absolutely! Always make the most of what you have…proud of you and your onwards and upwards journey :)”

Absolutely! Always make the most of what you have…proud of you and your onwards and upwards journey 🙂 https://t.co/c2tnYDtmu4

Post the success of the two films, Pannu went on to cement her position in the film industry courtesy her powerful performance in “Pink”, “Badla”, “Saand Ki Aankh”, and “Thappad”.