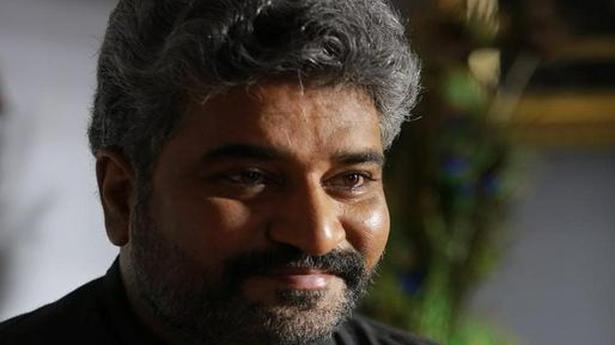 A few weeks ago, Telugu television viewers were pleasantly surprised to see Rajeev Kanakala’s cameo in two television serials Matti Gajulu and No. 1 Kodalu on Gemini and Zee Telugu channels respectively. That marks Rajeev’s return to television, after all he had begun his journey as television actor in the early ’90s . He cherishes the memories; “I feel nostalgic remembering my good old television days”, but insists this is not his comeback. “The two roles were just a guest appearance but people think I am back on television. I did it (Matti Gajulu) only for my friend Vinod Bala garu,” he says.

Keeping him busy now is his new project Manaswini Movie Magic Creations launched in June during the lockdown. A YouTube Channel/production house, Manaswini will serve as a platform for short/independent film makers, educative and entertaining films, web series and interviews. Glad that his idea has finally taken shape despite the lockdown, Rajeev calls it a new beginning. “I had to start somewhere, so finally I took the initiative and started the channel named after my daughterManaswini. We want to develop it into a platform for new generation filmmakers wanting to tell different stories,” he says adding, “It might also be useful in the long run for my son.” Your Attention Please — A VIP’s Journey, a celebrity-based talk show hosted by Suma Amujuri on the channel has featured actors Srikanth, Aryan Rajesh and Siva Balaji.

Interestingly this is not Rajeev’s first company. He and wife Suma had launched Suma Rajeev Creations, a television production house that produced serials like Nenu Ayana Athadu, Kevvu Keka, Luck Kikku. Now he relies on that experience.

Rajeev’s career in films (he has acted in 60+ films so far) has been through different phases but even his small roles make an impact. “I got a good name” he says of his film roles and gives examples of his short, but memorable, roles. “People still remember me from Janata Garage (11-minute role) or Athadu (five-minute role). ” He was a powerhouse performer with character roles, but when he began doing lead roles in low-budget films, his film career slumped. He took a break from films in 2012 and concentrated on Suma Rajeev Creations. There he found that running the enterprise as a one-man show was tough; the production house incurred losses. Now he hopes to start afresh.

On the film front, he is currently doing two projects Love Story and a Venkatesh-starrer Narappa. Rajeev’s family has been closely associated with the Telugu entertainment industry. His (late) parents Devadas Kanakala (director) and Lakshmidevi were prominent acting coaches, his wife Suma is a popular television personality and his (late) sister Srilakshmi too was a television actor.

He had not recovered from his father Devadas Kanakala’s death from last year when another personal tragedy struck the family with the death of Srilakshmi in April. “I am yet to come out of the tragedies; I am only trying to divert my attention and hope time will heal,” he says.

An acting guru, Devdas Kanakala remains an inspiration to him, he now misses that ‘friend’ with whom he could chat endlessly. “Most of his students knew that he was a good cook,” he says of his father. “ He was a humanitarian and happy person who made others also happy. He was known for his determination and focus.” Before signing off, he reveals his father’s philosophy ‘Be sincere, work hard and keep going in life’ helps him get through hard times.

There’s only one Asha Bhosle and she is the bearer of...

‘Putham Pudhu Kaalai’: Jayaram and Kalidas on acting in the anthology