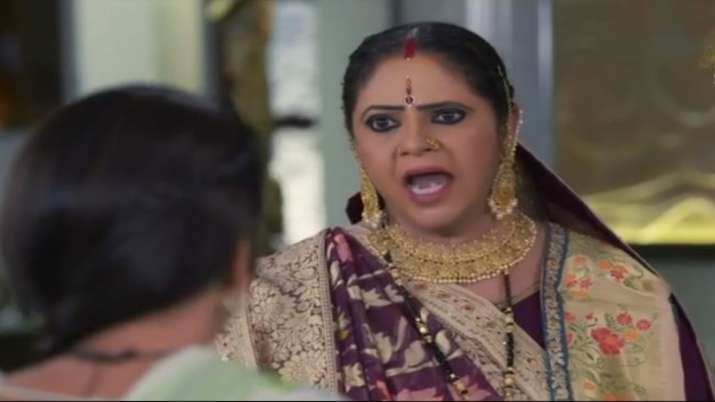 Rupal Patel who is popularly known as Kokila Modi in Saath Nibhaana Saathiya has recreated her Rasode Mein Kaun Tha scene once again. Yes, the scene’s promo was shared by the makers through social media where Kokila was seen standing in the middle of the house and shouting when she got to know that the prasad was spoilt. She asked “who made the prasad?” and when she got to know that it was the house help Gehna, Kokila asked “Gehna jab rasode se bahar gai thi to rasode mein kaun tha (When Gehna stepped out who was in the kitchen).”

Take a look at the promo here:

The scene and dialogue of the show from the first season became immensely popular after a parody rap song created by Yashraj Mukhate went viral.

Due to the popular demand, the promo of the second season was also announced by Gopi Bahu saying “Shayad rasode me Gehna ne cooker gas pe chadha dia hoga (Gehna has probably put the cooker on the stove).” The video also featured the sound of the cooker in the kitchen.

Talking about exploring the comedy genre Rupal said, “I am impressed by all the artistes of ‘Gangs of Filmistaan’. When I got the opportunity to perform with them, I took it because I wanted to work with them. The second reason is that I am a National School of Drama graduate. I have been taught that an artiste should play different roles and should be versatile. So when I got the opportunity to be a part of a comedy show, I could not say no.”

“I have been doing daily soaps for so many years. By God’s grace, I have got serious and powerful roles and strong characters, due to which there was less chance of exploring comedy. Of course, ‘Saath Nibhaana Saathiya’ season one gave me a small opportunity to play out humorous situations but here, it is out and out comedy,” she added, about participating in “Gangs Of Filmistan”, which airs on Star Bharat.

With inputs from IANS.

PHOTOS: Malaika Arora looks cool in a sporty outfit as she...