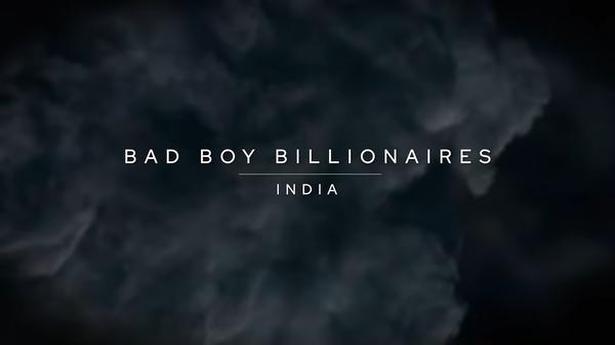 “This is completely wrong. We were never, and we are never a chit fund company.”

Sahara Group on Thursday demanded a ban on new Netflix series ‘Bad Boys Billionaires’ and asked the streaming platform to take corrective measures to remove “ill-researched and baseless” content, which it alleged was aimed at tarnishing the image of the business house.

Objecting to the intention of Netflix, the spokesperson of Sahara India Pariwar said, “the whole film is a bundle of lie, manipulating and ill-conceived which is an attempt made by Netflix to tarnish the image of Sahara”.

Sahara Group said the series has wrongly mentioned that Sahara is in the business of chit fund. In addition, the group said the film has very wrongfully alleged that its depositors are not genuine.

Besides, Sahara Group said not a single rupee has been forfeited in any of the schemes of Sahara whether the account continues or discontinued.

“It is said in the film that agents stop going to village and when the account is discontinued, account holder gets a letter of amount being forfeited which is absurd and wrongfully maligns Sahara Group’s image,” Sahara Group said.

On the issue of re-investment, Sahara said, “Netflix, in the film tried to paint a negative image of Sahara on the reinvestment aspect. Throughout the world, in all financial institutions including banks and, in the companies, where agents are promoting business like in life insurance, etc. the reinvestment is always done in a big way. In our case around 40 per cent is reinvested.”

Calling the series ill-researched and away from facts, Sahara Group has demanded that the film be immediately banned throughout the world and Netflix should be asked to take the factual correct information, which should be incorporated and changed in the film and then to be exhibited.

With regard to fooling depositors for many years, Sahara Group said its “an absolutely wrong allegation that we were fooling the investors in beginning years and then we were /are unable to repay. We are regularly repaying though in some cases delayed payments are done but we are paying interest of the delayed period up to the last day”.