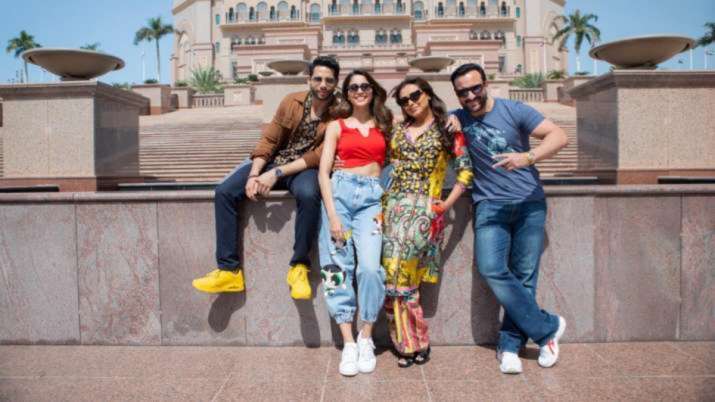 Actors Saif Ali Khan, Rani Mukerji, Siddhant Chaturvedi and debutante Sharvari have completed dubbing for the upcoming film, Bunty Aur Babli 2. Director Varun V. Sharma said: “All actors have wrapped up dubbing for the film. ‘Bunty Aur Babli 2’ is a hilarious big-screen entertainer and we can’t wait to show our film to the audience.”

“Bunty Aur Babli 2” reunites Saif Ali Khan and Rani Mukerji and will present them as the original Bunty Aur Babli in the film. They have starred together in films like “Hum Tum” and “Ta Ra Rum Pum”.

Siddhant had earlier told IANS that he is very excited to be a part of “Bunty Aur Babli 2”.

“I am excited for people to watch it. I think after this pandemic everything will be all right with this film, which is a family entertainer. It”s a great film. I had great fun shooting it, and after such tough and dark times people need something very light and fun. I am really excited for this film,” he said.

Ranveer Singh’s ‘Simmba’ gets an animated avatar on small screen