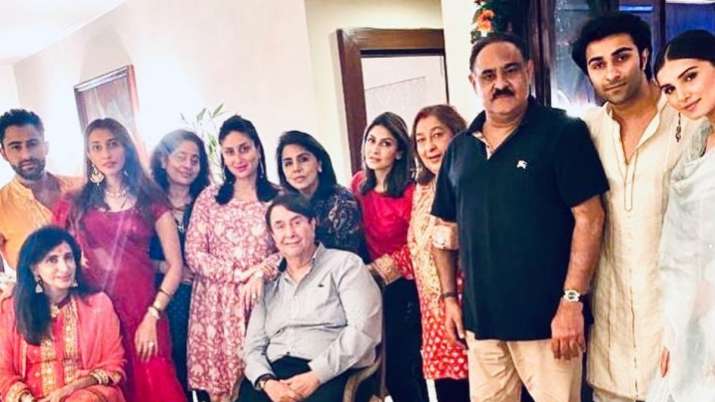 While actress Kareena Kapoor Khan wasn’t fasting this time due to her pregnancy, she celebrated Karwa Chauth with her family. Riddhima Kapoor Sahni gave a sneak peek into the Kapoor Family dinner which was attended by all the family members other than a few including Aadar Jain and her girlfriend Tara Sutaria. From Neetu Kapoor, Randhir Kapoor, Nitasha Nanda, Manoj Jain to Armaan Jain and his wife Anissa were present for the family time and celebrated the festival together. Riddhima shared a group picture from the evening and wrote, “Family Dinner #missingafew.”

Not present for the celebration were Ranbir Kapoor and his girlfriend Alia Bhatt, Kareena’s husband Saif Ali Khan who is in Dalhousie shooting for his next film Bhoot Police and Karisma Kapoor. Check out the picture here- 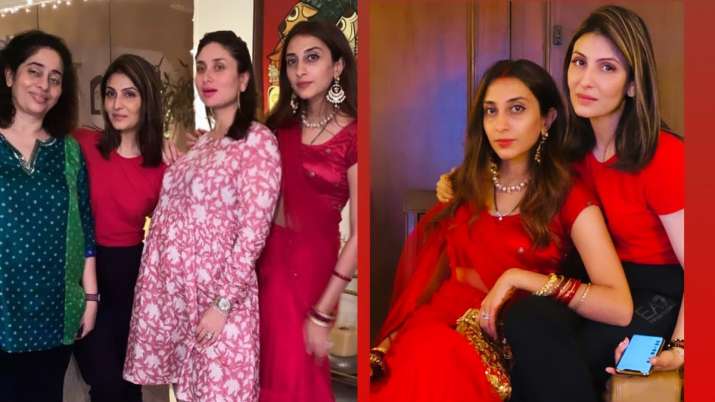 Just like the Kapoors, many Bollywood celebrities marked the occasion of Karwa Chauth bu performing puja together. Anil Kapoor‘s wife Sunita hosted a puja for all the Bollywood star wives and actress. Divas like Shilpa Shetty, Neelam Kothari, Varun Dhawan’s girlfriend Natasha Dalal, David Dhawan’s wife Laali, Sonali Bendre and many others were spotted at Sunita Kapoor’s house for the celebrations.

Actress Shilpa Shetty shared a video on Instagram, giving a sneak peek into the celebrations and revealed that everyone had to undergo COVID19 tests in order to join the puja. She also revealed that they all tested negative. Shilpa wrote, “Karva Chauth: Puja & Katha..Our customary photo with the KC gang… after our puja and katha. Have to say this year was different, but we all got tested and were negative, a prerequisite to attend but appreciated by us all. Thank you, @kapoor.sunita, for having us over and always being the bestest host. Love you. Happy Karva Chauth, ladies.”

On a related note, Kareena Kapoor recently wrapped up the shoot of her upcoming film Laal Singh Chaddha alongside Aamir Khan. As she completed the shoot of the film, she expressed her gratitude to the case and crew for being cooperative with her and making the journey unforgettable for her. And all journeys must come to an end. Today, I wrapped my film Laal Singh Chaddha… tough times… the pandemic, my pregnancy, nervousness but absolutely nothing could stop the passion with which we shot, with all safety measures of course,” she had written.

Rajkummar Rao’s ‘Gobi Ka Phool’ is the most romantic gesture for...