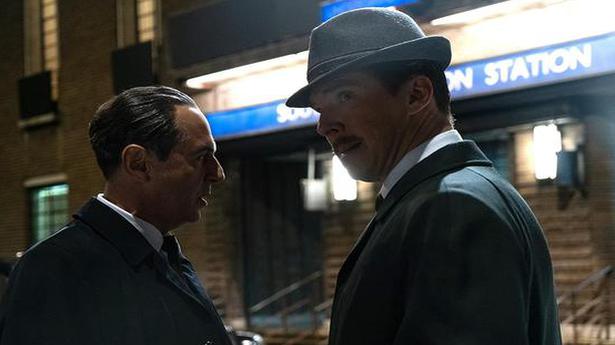 Though Ian Fleming created James Bond as a Cold War era spy, the movies created a suave, globe-trotting secret agent in Saville Row suits quaffing copious quantities of vodka martinis while dallying with lovely ladies in luxurious hotel rooms. There is also the other, understated kind of spy-thriller, which is no less thrilling. So, while Bond was defeating Goldfinger and dissing The Beatles (really), a middle-aged spy was bought out of retirement to find a mole in the British secret service (Tinker Tailor Soldier Spy).

The Courier, based on true events, tells the story of Greville Wynne (Benedict Cumberbatch), a British businessman who is persuaded by the CIA and the British intelligence to act as a courier for a high-ranking GRU officer, Oleg Penkovsky (Merab Ninidze). Wynne is chosen because he travels often to eastern European countries on work. When Penkovsky agrees to spy for the west, Wynne seems to be the right person to be his contact as he is a civilian with no connection to the intelligence services. And being a businessman, it is easy to convince Russia that he is just another greedy capitalist. As MI6’s Dickie Franks (Angus Wright) says no one will suspect Wynne as he is out of shape and has a drinking problem.

Though Wynne is initially reluctant, the more he involved he gets, the harder he finds it to walk away. And when CIA’s Emily Donovan (Rachel Brosnahan) and Franks tell Wynne his assignment is done, he is unwilling to leave Penkovsky without an exit plan. Unlike the libidinous Bond, both Wynne and Penkovsky are family men with Wynne’s wife Sheila (Jessie Buckley) suspecting him of having an affair while he is actually serving king and country.

Directed by Dominic Cooke, The Courier recreates a lived-in 1960s, from the clothes and cars to JFK’s speeches on the radio. The cast is exceptional and held together by Cumberbatch’s virtuoso performance as Wynne. With his little moustache, neatly-parted hair, trench coat and slouching gait, he looks every bit the middle-class businessman called upon to draw on some unknown reserves of bravery.

There is an appealing minimalism to the movie from its sets to its ambitions, which draws us into this tale of ordinary men doing extraordinary things to save the world. While Wynne does not defeat a gold-obsessed megalomaniac, it is his and Penkovsky’s efforts that stave off the Cuban Missile Crisis. There are thrills aplenty for spy thriller buffs, and for those who like relentless action, this is just the ticket if they are looking for a change of pace.

The Courier is currently running in theatres

Guardians Of The Galaxy 3 Is In Pre-production, Confirms Director James...