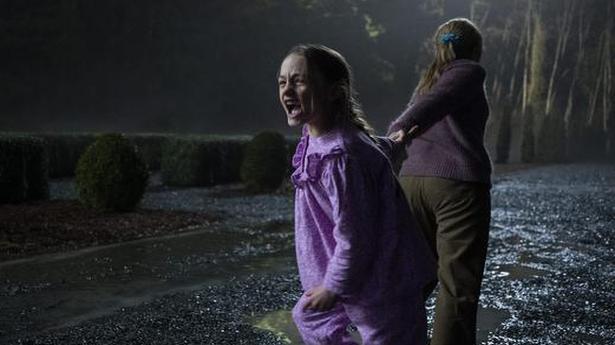 The follow-up to the successful ‘Hill House’ series is a more emotional affair, serving as a comment on the human condition and the tragedy of it

The Haunting of Bly Manor is quite obviously a sister story to The Haunting of the Hill House, but far more ambitious, less scary and with quite a bit more heart. The series, an adaptation of Henry James’ novella The Turn of the Screw, is a comment on the human condition and the tragedy of it. The new series on Netflix, unlike its predecessor, is sure to leave the viewer more sad than scared.

Bly Manor is the proverbial memory palace writ small, and like in Hill House, the ghosts here are rooted in cerebral horror. The discomfort which was created by the Hill House spectre is eerier and much more unsettling, but Bly Manor wins out when it comes to the human drama. There are surprising little nods at issues of gender and sexuality which one might scarce expect in a horror show, and they’re treated without being pretentious. There are monologues that melt into poetry, and a kiss hidden by flowers, almost like old-school Bollywood, only actually successful at implying something fragile and beautiful.

The season, over nine episodes, creates a world made convincing by the ensemble cast more than set design or even ambience. The real haunting plays out on the faces of the actors, many of them familiar from Hill House, but now entirely new. Victoria Pedretti, playing the protagonist, steals every frame she in in. There is something inherently melancholic in her face and at many points, she listens wordlessly to the stories of others, but their emotions play out on her eyes. The supporting cast who play the gardener, the housekeeper, the cook and the two children that Pedretti’s au pair is responsible for, carry the show as much as she does.

The Haunting of Bly Manor

The story fetches you in with alternating lulls of children speaking in creepily adult tongues, and then comfortable, friendly domesticity. It draws attention to the inner lives of the characters in a way that the ghosts are reduced truly to spectres fleeting in the background. They appear rather infrequently; the focus of the show remains on the origin stories. These, while enjoyable, don’t necessarily add to the point of the show in any novel way. There is however one entire episode dedicated to the malevolent ghost of the manor, set in a different century, that snags the narrative pace. It detracts from the atmospherics in that it fails to evoke feeling, unlike the rest of the characters and time-frames.

There is a narrative voice, too, that intervenes conveniently, leaving very little to the imagination. It’s poetic, but one wonders if the scenes might not have been sharper and more authentic without someone explaining away all of the motives and content. The narration feels more like reading than viewing, and remains one of the weaker aspects of the story. It is also what makes the events rather unmysterious.

The hero of The Haunting of Bly Manor, however, is theme. While Hill House showed that it is we who haunt us, Bly Manor believes our lovers and loved ones do so. The pervading ghost is the memory, which the characters sometimes inhabit and sometimes visit endlessly. It is also a look at the afterlife, with hell embodied in relentless reliving of painful memories: an eternal purgatory.

In the show, the lines blur between who is a ghost and who is a figment of the past

The characters speak to what haunts them and sometimes even live with it. There is no way that an outsider can know if Bly Manor is truly haunted by ghosts, or if the characters are blighted only by their past. The show is also existentialist as it sets up Bly Manor as a “glue-trap” for mice, with its own “gravity” that binds the characters to it. The show executes with perfection the idea of existence as a realm of endless return and inescapability. In a metaphorical scene, we are shown the dogged refusal of a ghost to look down the well — a rendition of the void — wherein lies the tawdry truth of existence: death.

Memories haunt and human beings “dream-hop” through time like ghosts. The lines blur between who is a ghost and who is a figment of the past. Both, through time, degenerate into literal facelessness and yet, the haunting continues.

Each ghost is different too, like the memories that birth them: some restful, some raging, and some others, resting a loving hand on the shoulder of the sleeping beloved. The phantasmagoric Bly Manor encapsulates the past as a home that one lives in, and only forgetfulness affords reprieve. Perhaps that is why it is revealed that no real place may be found by the name of Bly.

The love stories are the highest points of the series, tender in a way that leaves your heart warm and aching. The show creators in the voice of the narrator confess that a love story is the same as a ghost story; in the concluding montage, a character is shown leaving the door a crack open and a light dimly on in hopes of catching a glimpse of a lost lover, because “dead doesn’t mean gone”.

In the end, The Haunting of Bly Manor is as haunting only as much as our regular lives are, its phantoms only lovers from the past. Watch this one, if you will, for its human beings rather than its ghosts, and you might find plenty worth remembering.

The Haunting of Bly Manor is currently streaming on Netflix