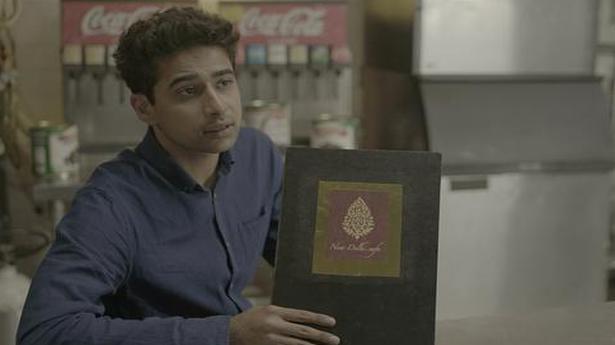 While the film is engaging and works for its sincerity, the clichés in this Suraj Sharma-starrer make this an overall tepid watch

We have heard various iterations of this story — chasing the American dream and having those dreams crushed by a series of unfortunate events. Written and directed by Danish Renzu, who also migrated to the US when he was very young and graduated from the University of California, The Illegal tracks the journey of Hassan, going to Los Angeles from Delhi to study film.

The film begins with Hassan recording messages from his mum, dad and feisty sister, Mahi. Things immediately go wrong for Hassan when he lands in Los Angeles. His uncle, who he was supposed to live with, cannot put him up. Hassan has to look for accommodation and the means paying rent as well. He gets both, working as an undocumented worker at an Indian restaurant. The course is tough and competitive, and Hassan finds it difficult to balance his job and studies. Eventually, a family emergency and a blow-out at the restaurant challenge Hassan’s dreams. How does he handle it?

But at 86 minutes, The Illegal does not take the time to explore the contradictions Hassan has to deal with, such as going from a place of privilege— being a middle-class, educated male from a metropolis in India — to the bottom of the pile in the States.

Hassan’s trials are a bit of a cliché as well—illness and no medical insurance, and going to film school in the US taking a loan, with no back-up or plan B, is a rather innocent world view. Also why is the chef, Gustavo, (Danny Vasquez) the villain of the piece? He cooks at an Indian restaurant and sings Hindi songs and is obviously very unhappy.

On the plus side, The Illegal is engaging and works for its sincerity. Suraj Sharma makes for an earnest Hassan while Shweta Tripathi as the supportive, sassy Mahi gives ample support. Adil Hussain and Neelima Azeem are the loving but vaguely ineffectual parents while Jay Ali is Khan, the owner of the restaurant, who is nasty and nice by turn. Iqbal Theba is Babaji, Hassan’s surrogate father figure, who has been working at Jay’s restaurant forever. Hannah Masi is Jessica, Hassan’s love story that will never happen.

I half-thought that Hassan would turn criminal to fund his studies, and end up like Vijay from Deewar buying up the restaurant from Jay, and setting up a chain of wildly successful Indian restaurants — but that would be a different movie!

The Illegal is currently streaming on Amazon Prime Video