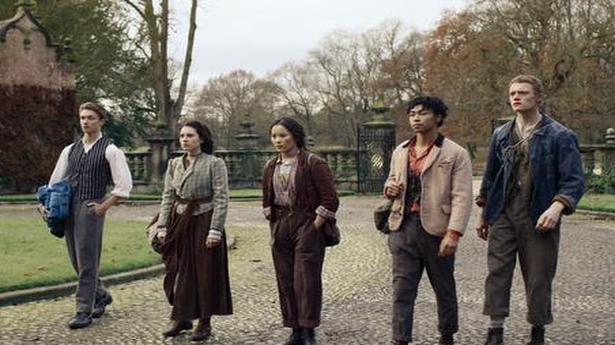 Based on the Baker Street Irregulars, the series on Netflix offers mystery and monster seekers enough to root for

When a character tells Sherlock Holmes of the seductive power of believing in cause and effect, she is tapping into our collective love for solving puzzles. We like mysteries and the solvers because it is our way of imposing order on a chaotic and uncaring universe.

The Irregulars are based on the Baker Street Irregulars, the street urchins Holmes contacted to get information on the unsavory parts of London. In this re-telling, Holmes (Henry Lloyd-Hughes) is a drug-addled wreck, and it is his trusty sidekick and chronicler, John Watson (Royce Pierreson) who hires a group of troubled, tough teens to investigate unusual crimes that seem to be plaguing London.

Watson, incidentally, is not the slightly stupid and all-round nice guy we are used to seeing—he seems rather sinister. The irregulars, led by Bea (Thaddea Graham), investigate grotesque crimes including the likes of a man sending ravens to kidnap babies, a tooth-fairy stealing teeth to create murderous clones, a set of murders staged like tarot cards and one involving stolen body parts.

As the series progresses, we realise Bea and her sister Jessie (Darci Shaw), who has psychic powers, are closely related to Holmes. Their deceased mother, Alice, (Eileen O’Higgins) is also connected to the gentle folk at 221 B. The chemistry between the irregulars—Bea, Jessie, Billy (Jojo Macari), Spike (McKell David) and Leopold (Harrison Osterfield) is heart-warming.

The love triangle between Bea, Billy, the muscles of the group, and brainy Leopold (the haemophiliac prince who finds his calling among the Irregulars) is in the true tradition of all YA fantasies. The colour-blind casting moves Sherlock firmly away from its white male moorings, while Bea gives the show its feminist heft.

Sherlock Holmes fans will recognise characters from the canon including Inspector Lestrade (Aidan McArdle) and Mycroft Holmes (Jonjo O’Neill). While Victorian England looks grim and grimy, the language and music is strangely anachronistic, with a character going full Terminator saying, “Come with me if you want to live.”

The motivation for the various crimes is poignant and in the tradition of The God of Small Things and loving a person to death. Though Sherlock says, “I may not be the hero of this story,” The Irregulars offers a pleasant enough diversion for mystery and monster seekers.

The Irregulars is currently streaming on Netflix

Many Saab Movie Rating And Reviews On Twitter – Pawan Kalyan’s...