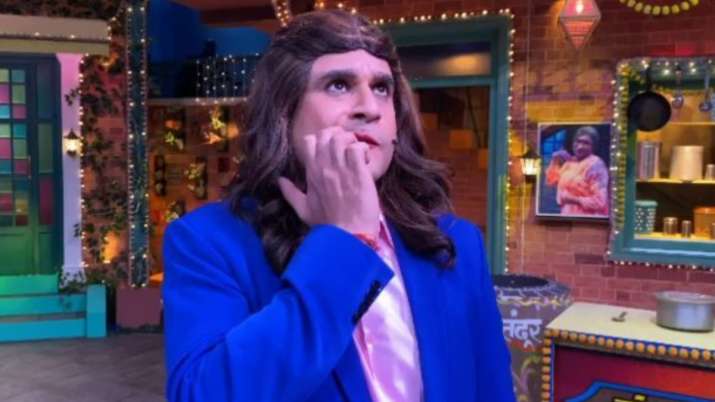 The Kapil Sharma Show is one of the most popular comedy shows that has been running on Television. Thanks to the host and comedian Kapil and his super talented team including Krushna Abhishek, Kiku Sharda, Sumona Chakraborty, and others, fans get a chance to ROFLing during weekends. The show is also known for various celebrities spilling the beans about various incidents in their life. And now the latest revelation has come about Krushna who is seen playing the role of Sapna Lal Nalasoparia. Did you know the comedian was apprehensive at first for playing the role of a woman and also rejected the show?

Yes, that’s true! Kapil and Abhishek have been friends ever since their Comedy Circus days but despite the same, he rejected to be a part of the show. In the recent episode of the show, Kapil was seen revealing interesting facts about the cast. Sailing in the same boat, he revealed how Krushna was not keen on playing the role of a woman and therefore refused to do the show but when he gave him Archana Puran Singh’s example, he got convinced.

Kapil then spoke about others and said that Kiku Sharda happens to be the first comedian who went to jail for doing comedy. Next, he called Sumona ‘hot’ and even asked the director to give her scenes where she can dress up glamorously and then asks him to take care of himself first. He even mocked Bharti Singh for bringing her husband Haarsh Limbachiyaa everywhere.

Speaking about the episode, it showed Krushna Abhishek dressed up like the megastar Amitabh Bachchan, Kiku as Sunny Deol. Not only this but he even mimicked Sunny Deol and was called ‘Funny Deol’. Talking about Kapil, he came in the attire of Navjot Singh Sidhu.

Exclusive! Kangana Ranaut on ‘Manikarnika Returns: The Legend of Didda’: Will try and keep myself as the director unless I find someone better –...