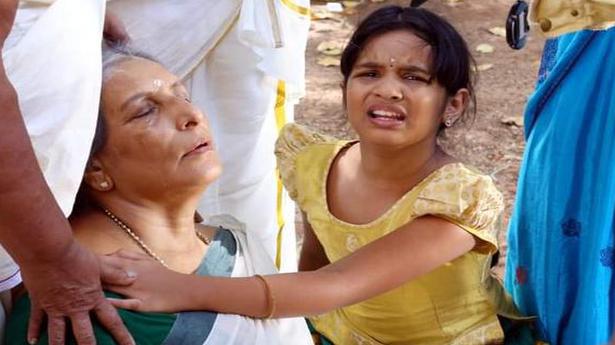 Ten-year-old K Mahashweta, a Class V student from Tiruppur, has acted in four Malayalam short films and has already won two international awards for her acting skills. The latest one is the Best Child/Young Actress award for her role in the short film Grandma Toy at the Las Vegas Movie Awards 2020. In the film, she plays an orphaned child who helps senior citizens who are abandoned at old age homes. “Why do people leave their parents at such places instead of caring for them at their homes?” asks Mahashweta. Grandma Toy, directed by Gajendra Vava, was released on YouTube in June this year and has crossed over a lakh views.

The short fetched Mahashweta the award in the category Five to 12 years that had contestants from 100 countries. “I got an opportunity to work alongside senior actors in Malayalam and it was a great learning experience. I want to do films in Tamil too,” says the actor who has enrolled for online acting classes.

“All the films she has done so far had social messages,” says P U Krishnan, her father with visible pride. Last year, she won the award at Los Angeles Movie Awards for short film Whom Should I tell (Aarodu Parayum?) themed on how mobile phones come in the way of parenting. She played a girl left uncared for as her parents sat glued to their phones. Her other short film Sketches of Life captured emotional trauma that families went through during the Maradu flat demolition in Kochi.

Krishnan says Mahashweta’s work is getting noticed by artistes in the industry.

“Actor Navya Nair put up a post on Facebook appreciating her performance. When I was young, I joined CG Ravi drama troupe but couldn’t go any further in acting because of lack of support. I want to encourage my daughter to pursue her passion,” he says.

There’s only one Asha Bhosle and she is the bearer of...

Experts divided over regulation of OTT content in India