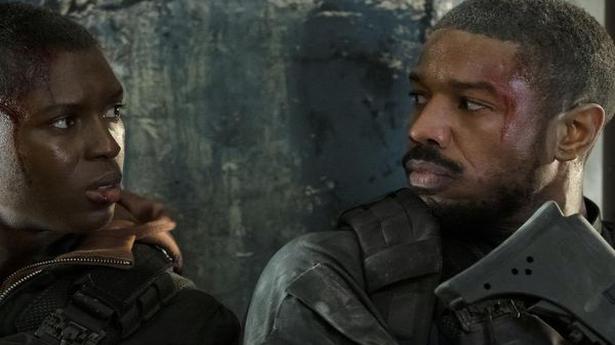 This adaptation of the Tom Clancy novel plods dourly through a pointless plot, and feels like a sad, by-the-numbers action movie from the ‘80s

The action is breath-taking and Michael B. Jordan is charismatic as always, but (there is always one) on the whole, Without Remorse plods dourly through a pointless plot. Philip Noyce has done excellent adaptations of Tom Clancy’s books, Clear and Present Danger and Patriot Games — can Harrison Ford be any more Jack Ryan?

While Tom Clancy’s Without Remorse was published in 1993, it was set during 1970s with Navy Seal John Kelly busting drug rings and rescuing prisoners from Vietnam. The movie has been brought to the present, but feels like a sad, by-the-numbers action movie from the ‘80s doomed to play on late night cable.

All looking for an electrifying updating a la The Bourne Identity (the eponymous Robert Ludlum book came out in 1980, the time of tough, masculine thrillers), is bound to be disappointed.

John Kelly and his team go to Syria to rescue a CIA operative held captive by suspected Russians. Three months later, after showing John and his pregnant wife, Pam, playing happy families, his home is attacked, and Pam killed. Two other soldiers who were with Kelly on the mission in Syria are also killed. While it looks like retaliation for Syria, there is the obligatory can of worms that Kelly has to wade through to arrive at the truth.

Cast-wise, apart from Jordan as Kelly, Jamie Bell slays it as CIA agent Ritter. Is this what would happen if Tintin grew up to trade his plus fours for a suit? Guy Pierce is in his usual role Secretary Thomas Clay—half the suspense goes away with the casting itself. Jodie Turner-Smith plays Greer, Kelly’s friend, a gender swap many fans of the Ryanverse were unhappy with. Incidentally, James Earl Jones played Greer in The Hunt for Red October, Patriot Games and Clear and Present Danger.

Without Remorse is eminently forgettable and you would do better to watch Sean Connery bark out orders in a Scottish accent as Marko Ramius, the Russian submarine commander in The Hunt for Red October.

Without Remorse is currently streaming on Amazon Prime Video