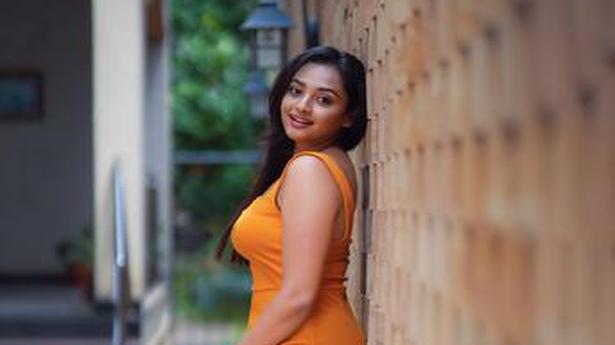 The engineering student makes her dream début with ‘Padavipoorva’, produced by Yograj Bhat

Yasha Shivakumar is the latest entrant into the Kannada film industry. She makes her début with Padavipoora directed by Hariprasad Jayannaa and produced by Yograj Bhat and Ravi Shamanur.

Having studied engineering, she stepped into the world of glamour through modelling. Soon she was participating in beauty pageants and is the winner of the Miss Bangalore 2019 and Miss Karnataka International 2019. She was also crowned Miss Glory of Galaxy pageant held in Mumbai in 2019.

Yasha is acting in a Tulu film, Raj Sounds And Lights, for which she is currently shooting. “The film is made by the same team that worked on Ondu Motteya Kathe with Raj B Shetty,” says Yasha, who is trained in Bharatnatya, Kathak, Bollywood and folk dance.

Yasha believes dance is helping her acting career. “I realised I had no stage fright and the abhinaya in dance helps me emote on camera.”

In Padavipoorva she will share the screen with Pruthvi Shamanur and Anjali Anish. The film has lyrics by Yogaraj Bhat and music by Arjun Janya, with cinematography by Santhosh Rai Pataaje. “I got my first modelling assignment in my final year of college, that was when I met Yogaraj sir. I auditioned for the film last year and forgot all about it. I was pleasantly surprised when Yogaraj called and told me that I would fit the character to the T.”

The young dancer says she could not have dreamt of a better film début. “I felt at home working with both the teams.”